Teen reaches out to young people from prison, after recent carjackings 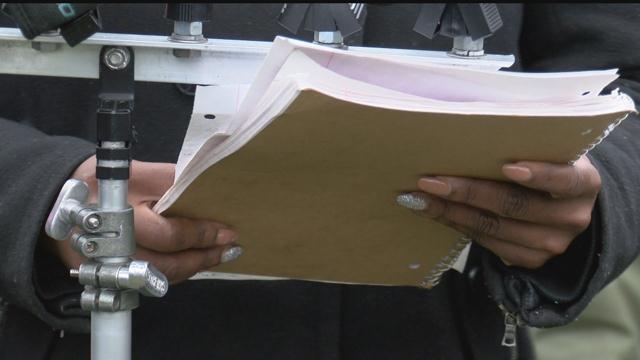 CBS 58—A teenager is reaching out from prison, to young people in Milwaukee after a rash of carjackings.

Illahje Davis is now 17 years old, and about four years in to a ten year prison sentence. She pleaded guilty to reckless homicide after she stole a car and hit and killed 57-year-old Ronald Forbes. Illahje was just 13 at the time.

Illahje wrote an open letter to teens in the city and her mother, Delonda Davis, read it out loud Thursday.

“I am begging you all to please stop stealing cars and killing each other,” Illahje wrote. “If you can feel your own pain, why can’t you understand how the person you’re hurting, feels?”

Illahje wrote that she understands many of the teens, headed down the wrong path, participating in recent carjackings and violence, have problems, maybe at home or in school.

“It wasn’t until I hurt somebody else and took somebody else’s life, that my frame of mind changed,” Illahje wrote.

“She [Illahje] feels that she was once a leader, you know helping people down a negative road and she wants to change this around,” Delonda said when asked why her daughter wanted to reach out.

Delonda read the letter at 65th and Hampton Thursday, the same place Illahje killed Forbes. In the letter, Illahje also had a message for the victim’s family.

“I think about you every day,” Illahje wrote. “I take responsibly for the loss of your loved one and I pray that somehow God has healed your pain.”

There have been several carjackings in Milwaukee over the last several months. Five teenagers were arrested in a case Wednesday night.