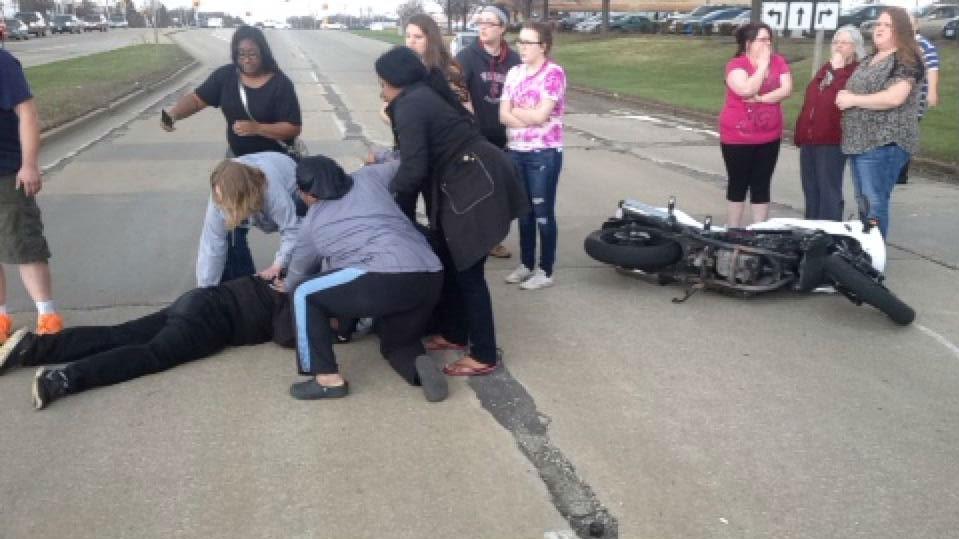 Justin Blaesing, 17, said he was riding his motorcycle on Friday afternoon on Durand Avenue, near the Regency Mall, when a car pulled out in front of him.

He then had to put his bike on it's side while riding.

Immediately after, Blaesing said witnesses ran over and helped him before emergency responders could get there.

One woman held his hand , another put a sweat shirt under his head, and finally a fellow biker put him at ease by telling him it would be alright.

To those people, Blaesing simply wants to say thank you and to warn drivers to watch out for bikers on the roads.

According to Blaesing,  the driver that pulled in front of him was given a citation, but he's grateful because that person stayed on scene.

Blaesing only suffered some road rash and bumps and bruises all over his body.

He said he wants to reach out to the people who helped him and is asking people to e-mail jcuoco@cbs58.com to get in contact with him.

Blaesing said he can't wait to ride his motorcycle again.