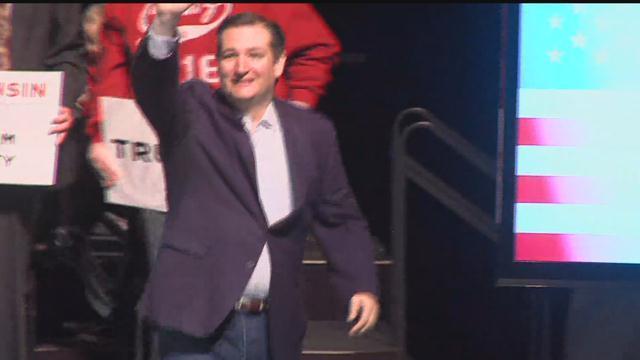 At Ted Cruz’s rally in Brookfield on Tuesday, his campaign played Governor Walker’s endorsement over the loudspeakers.

Supporters cheered as they heard Scott Walker is going to back to Ted Cruz.

Cruz was introduced by another former Presidential Candidate Carly Fiorina.

During his speech to supporters inside the Sharon Lynn Wilson Center for the Arts, Cruz told supporters the Supreme Court is one liberal justice away from interfering with Second Amendment rights.

After the event CBS 58 asked Cruz about Governor Walker's endorsement he said he is honored and humbled the governor is backing him.

Cruz is challenging Donald Trump to a debate tonight in Milwaukee.