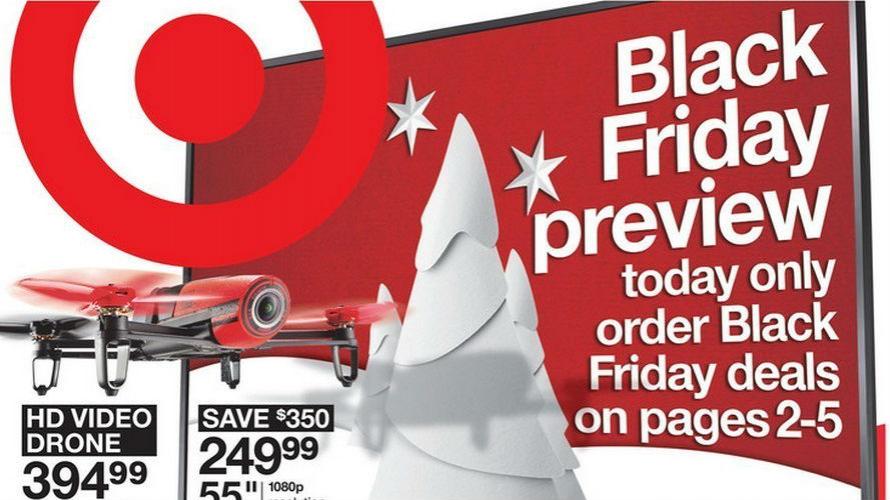 Target will open its doors at 6 PM on Thanksgiving Day, the same time as last year.

But shoppers don't have to trek to a store after eating turkey and stuffing; the same deals will be available online at Target.com on Thanksgiving morning, the Minneapolis-based retailer said Monday. Target said it will also offer different deals for ten days, starting on November 22.

Target Corp.'s plan is the latest sign of retailers spreading their deals beyond Black Friday, the busiest shopping day of the year. Target and rival Wal-Mart Stores Inc. began opening on Thanksgiving three years ago to better compete with online retailers and other competitors. The holiday shopping is critical to retailers, accounting to about 20% of annual retail sales.

Target is sweetening the deal for those that do shop on Black Friday: Shoppers who spend at least $75 will receive a 20% discount they can use between December 4 and December 13. After opening on Thanksgiving, Target will stay open throughout the night and remain open into Black Friday.

Find the full ad below.