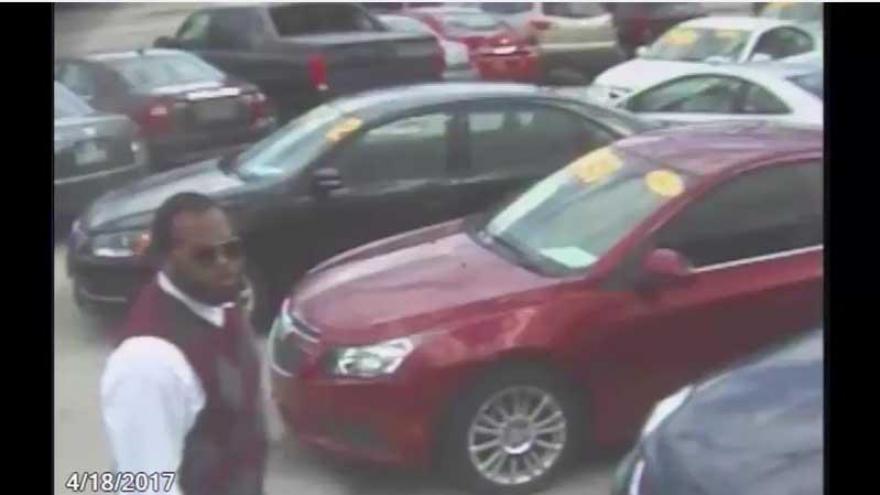 According to police, the suspects walked onto the dealership’s lot and approached two victims, who were customers at the business.  The suspects, armed with guns, stole cash and other belongings from the victims and fled the scene.

Suspect #1 is described as a black male, between 20-23 years-old, approximately 5’5” tall, 130 pounds, with a thin build, dreadlocks, and a medium complexion.  He was last seen wearing a dark blue hooded sweatshirt, blue jeans, and white shoes.

Suspect #2 is described as a black male, between 28-32 years-old, approximately 6’2” tall, and between 250-270 pounds.  He has a stocky build, short black hair, and a full bear.  He was last seen wearing gold framed tinted glasses, a maroon sweater vest, a white dress shirt, and dark dress pants.