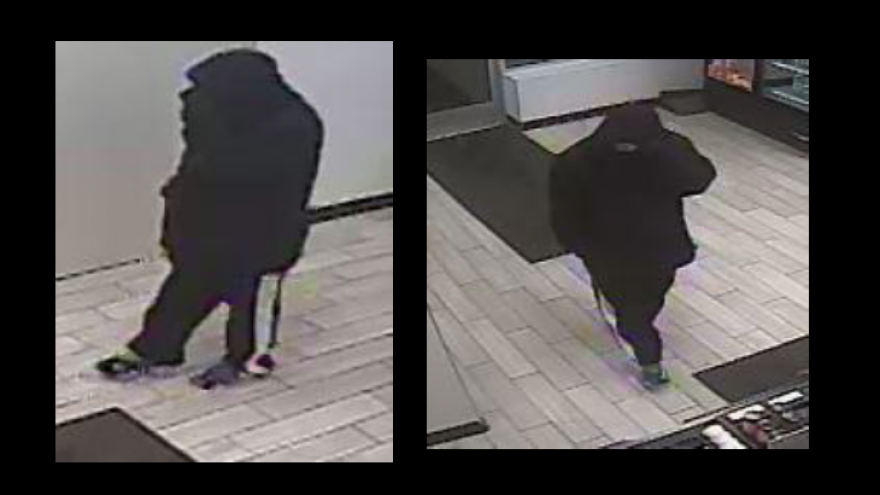 SOUTH MILWAUKEE, Wis. (CBS 58) -- The South Milwaukee Police Department responded to a report of an armed robbery at the Little Ceasars located at 3109 S. Chicago Avenue.

It happened shortly before 10 p.m. on Sunday.

The suspect is described as a black male, 5'9, with a medium build. He was last seen wearing a dark-colored jacket with the hood up, black nylon pants with a wide white stripe on the legs, possibly black athletic shoes.

The suspect covered his face with an unknown cloth material.

Police say the suspect displayed a smaller handgun, grabbed the clerk by the arm, and demanded money before fleeing in an unknown direction.

This suspect is believed to be the same one responsible for the robbery of the Sunrise Restaurant, located at 2418 10th Avenue, back in January.