Supreme Court to review use of sedative in lethal injection 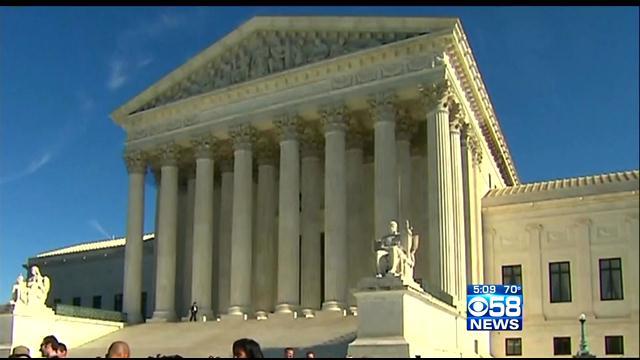 The Supreme Court is stepping into the issue of lethal injection executions for the first time since 2008 in an appeal filed by death row inmates in Oklahoma.

The justices agreed Friday to review whether the sedative midazolam can be used in executions because of concerns that it does not produce a deep, coma-like unconsciousness and ensure that a prisoner does not experience intense and needless pain when other drugs are injected to kill him.

Oklahoma uses midazolam as one of three drugs in lethal injection executions.

In April, Oklahoma botched the execution of inmate Clayton Lockett, who writhed and strained on the gurney before finally dying of a heart attack. It was later revealed that some of the three drugs used in the execution didn't enter Lockett's system because the vein they were injected into -- in his groin -- collapsed, and that failure wasn't noticed for 21 minutes.

Last week, Oklahoma carried out its first execution since Lockett's death. Charles Warner, who was originally scheduled to be executed the same night as Lockett, was put to death with the same lethal injection formula.

The execution came after a divided U.S. Supreme Court in a 5-4 ruling said it wouldn't consider an appeal filed by Warner and three other death row inmates, who claimed the drugs present an unconstitutional risk of pain and suffering.

In a dissenting opinion, Justice Sonia Sotomayor wrote that she believes questions about the effectiveness of the drugs are particularly important because of states' increasing reliance on new and scientifically untested methods of execution.

\"Petitioners have committed horrific crimes, and should be punished,\" Sotomayor wrote. \"But the Eighth Amendment guarantees that no one should be subjected to an execution that causes searing, unnecessary pain before death.\"