Study: Being popular in high school can lead to high anxiety in adulthood 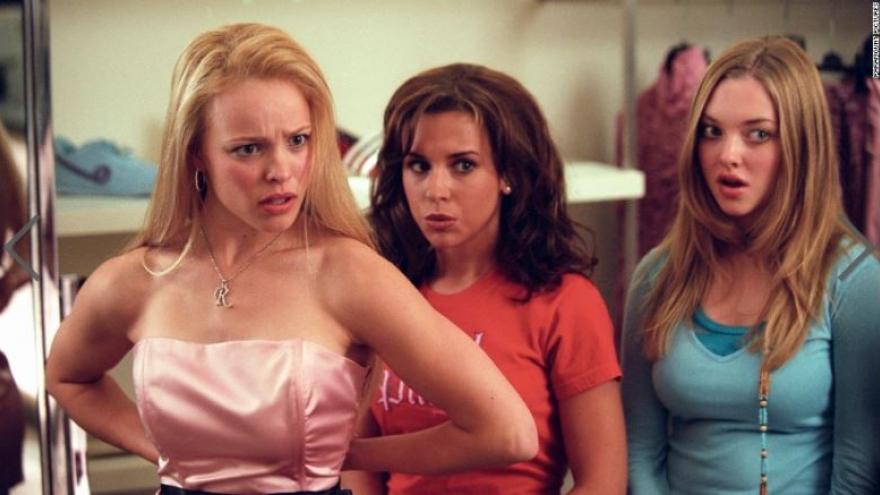 (CNN) Rachel Narr wasn't popular in high school. She was no wears-pink-on-Wednesdays "Mean Girl." She wasn't the cheerleader who dated the quarterback.

But she said that she had strong friendships, and one exceptionally close comrade meant a lot to Narr during her teen years.

When it comes to that friend, "I suppose in many ways she is the inspiration for a lot of my work on teen friendships," said Narr, who is now a Ph.D. candidate in clinical psychology at the University of Virginia.

It turns out that having close friendships during adolescence is associated with decreases in anxiety and depressive symptoms and increases in self-worth later in life during early adulthood, according to a study that published in the journal Child Development in August.

The study, of which Narr was the lead author, also found that being popular in high school was tied to having higher social anxiety by early adulthood.

In other words, your friendships as a teenager sort of "set in motion" your later social well being and how you manage relationships as an adult, the study suggests.

"That could be true for a variety of reasons, potentially including the fact that the teenage years are when the first major non-family relationships and attachments are formed," Narr said.

"Experiencing very positive ones at that point in life may set the stage in a powerful way," she said. "Also, adolescence is a major time of life where people are developing their self-concepts, so having a close friend who helps you feel good about yourself, trusts you, likes you, and who you like and trust, might really set people up for positive change."

At the start of the study, the students reported who their close friends were, and the friends sat down for one-on-one interviews with the researchers. How each friend responded to questions about the friendship was used to assess the strength of that friendship.

Also, each student was asked to nominate up to 10 peers in their grade as people they would most like to spend free time with. The student who was nominated the most was seen as popular. The researchers also measured each student's depressive symptoms, self-worth, and self-perceived social acceptance.

Then, one year later, some of the same measurements were conducted, and the researchers assessed whether the students brought in the same close friend they had at the start of the study.

At the end of the study, when the students were 25, the researchers measured each study participant's self-worth as well as depressive symptoms and social anxiety. A total of 146 students completed the entire study.

The researchers found that the students who had strong close friendships in their teens showed a relative decrease in depressive symptoms and a relative increase in self-worth measurements from 15 to 25.

However, being nominated as one of the peers that the other students would like to spend time with -- so being more popular -- at age 15 was found to be a significant predictor of having higher rates of social anxiety at age 25 than the students who were less preferred as someone to spend time with.

The study has some limitations, including a small sample size and that the data do not reveal whether friendships or popularity caused any changes later in life -- rather, the findings suggest a correlation between the two.

Also, "this study started in 1998 to '99, so some aspects of the social scene for teens has changed since then with the rise of social media," Narr said. "Still, we suspect that the mechanisms are similar even if the specifics about friendships have changed a bit."

Although the new findings could not pinpoint what specific factors explain the link between adolescent relationships and adult wellbeing, they suggest that there is something special about close friendships, said Catherine Bagwell, psychology professor at Oxford College of Emory University, who was not involved in the study.

Bagwell called the new study "important" and added that she saw some similarities with findings in her own research.

"In some of my early research, my colleagues and I compared the social and emotional adjustment and well-being of young adults who had a close reciprocal friendship in fifth grade with those who lacked a mutual friend in fifth grade," Bagwell said. That research was published in the journal Child Development in 1998.

"We found that the friendless fifth graders were more likely to report depressive symptoms and had lower self-worth in adulthood than those with a mutual friend," she said. "Being highly disliked by the peer group in fifth grade was associated with different aspects of adjustment in adulthood, such as having a lower aspiration level. As with (Narr's) study, these findings suggest that close friendships in early and middle adolescence are linked with wellbeing over a decade later."

Margarita Azmitia, professor of psychology at the University of California, Santa Cruz, said that the new study makes a valuable contribution to the field.

"The finding that having a close friend buffers adolescents' mental health -- especially in adulthood is fascinating, as is the finding that at 15 and 16 the connections are murkier," said Azmitia, who was not involved in the study.

"I also found the distinction between the functions of peer acceptance and popularity important, not just on the research front but also on the personal level," she said. "I have two teen daughters, 14 and 17."

All in all, as long as teens have close friendships with peers who promote positive and not negative or unhealthy behaviors, those friendships could come with some health benefits, said Tara Dumas, assistant professor psychology at Huron University College in Canada. She was not involved in the new study.

"Strong teen friendships appear to have lasting positive effects on social adjustment, mental health -- as shown in this study -- and satisfaction in other relationships," Dumas said.