Strong winds blow bounce house onto freeway with child inside 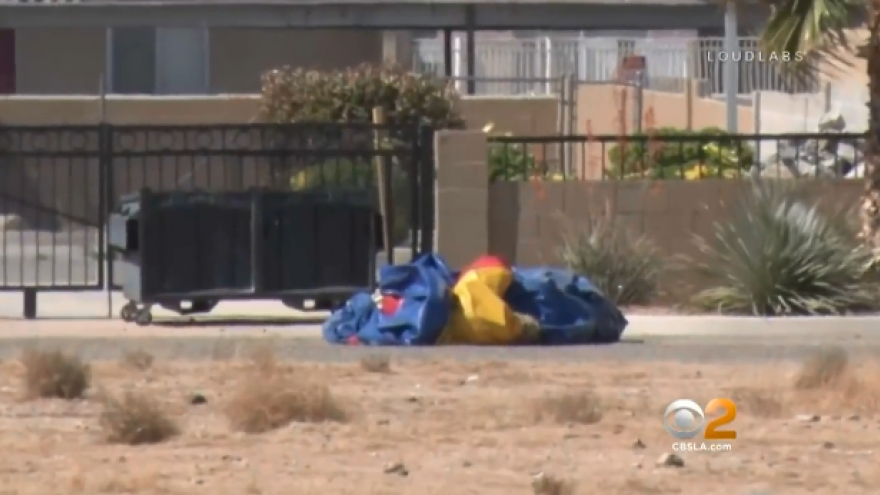 ADELANTO (CBSLA) — A wild wind took a bounce house over a fence and down a freeway Saturday — with a child briefly trapped during the ordeal.

Adrianna Weingold reported from the scene on Delicious Street in Adelanto.

Witnesses said the gust of wind looked like a tornado.

All witnesses and onlookers could do was scream and scramble to chase after it.

A 9-year-old child inside the bounce house fell out as it rolled along the Highway 395.

It finally came to rest near Bartlett Avenue.

A helicopter responded to the scene along with the fire department and sheriffs.

The child was taken to the hospital in an ambulance. The boy was seen talking to first responders.

The driver of the car that was hit by the bounce house wasn’t hurt, but sheriffs say they’re very shaken up.

Neighbors Weingold spoke with — who were hosting the party, didn’t want to go on camera. But they said there were many other kids at the party, the one trapped inside was a neighbor. They’re grateful everyone is okay.