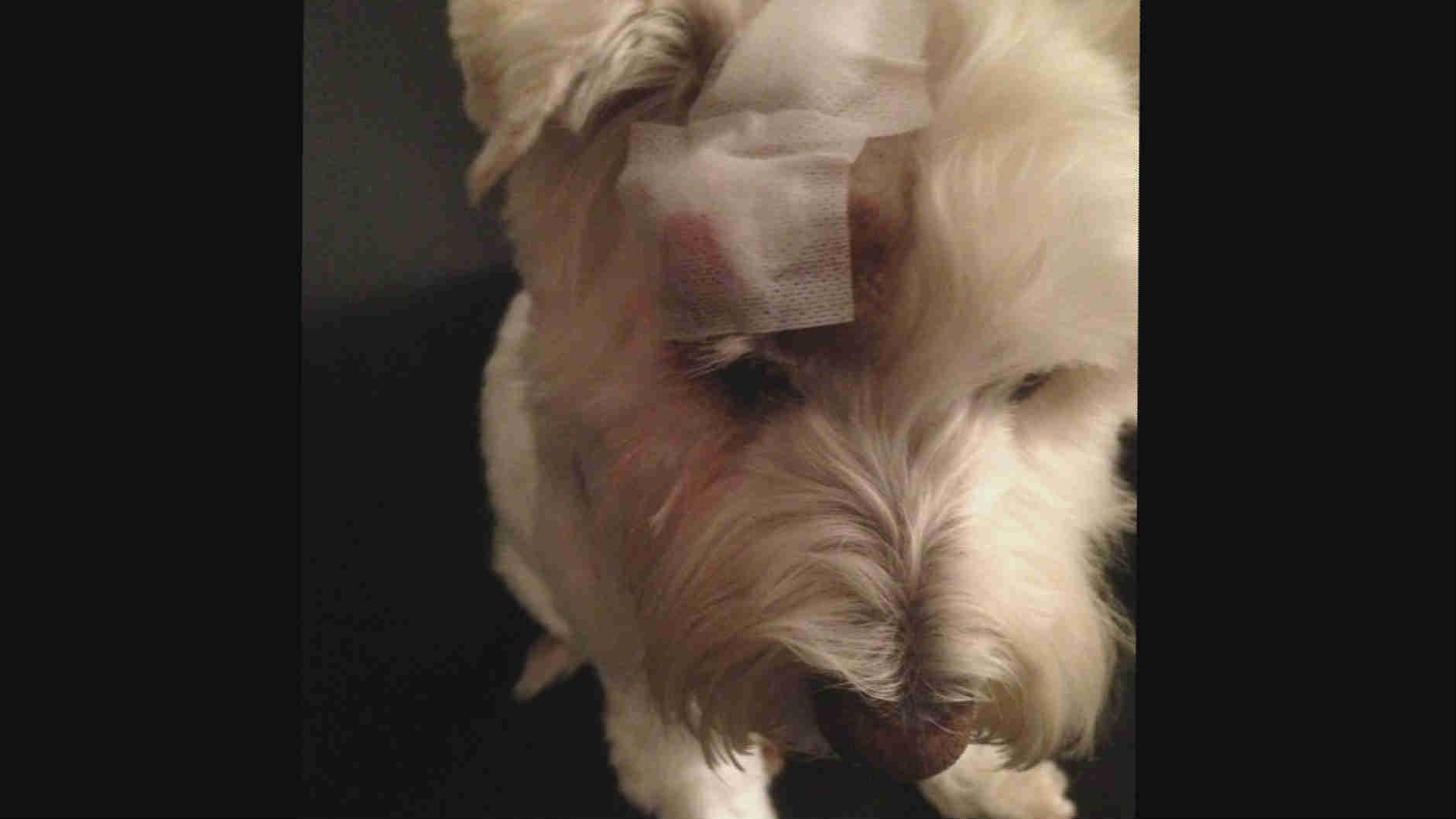 At first glance, Mary Joanis's dogs seem perfectly healthy.  But take a closer look and you see the wounds from an attack one week ago.

\"I was really scared to death,\" Joanis said in her Mequon home Tuesday.

Joanis let her dogs out in her yard late in the evening Nov. 25.  A few minutes later she heard a commotion and barking. Mary let the dogs back in and didn't see anything at first.

\"All of the sudden I saw blood and one of the white dogs was bleeding profusely and the other white dog started bleeding then [too],\" Joanis said.

A vet found puncture wounds on Putter's neck and one that nearly cost Mulligan his eye. The culprit: a coyote.

\"It's frightening to know that they're not only roaming around at night though, but I hear they're also roaming around during the day,\" Joanis said.

This wasn't the first attack in Mequon lately. The DNR received several calls about coyote attacks on dogs in the last few weeks.  Joanis says a fellow Mequon neighbor's dog died after an attack in late October.

\"It's something that doesn't go away,\" DNR Wildlife Biologist Tom Isaac said.

Isaac calls the issue an annual problem. He says coyotes are common in the Milwaukee suburbs where their numbers are estimated in the hundreds.

Meanwhile, DNR wardens think someone may be feeding coyotes and other animals in Mequon -- either on purpose or accidentally -- something the DNR says not to do.  Coyotes can become increasingly domesticated when humans make food readily available.

\"I know we're in their territory,\" Joanis said.  \"Coyotes probably roamed here years and years and years ago.  Now that this is a residential neighborhood, really can't put up with coyotes.\"

The DNR plans to meet with Mequon city leaders in January to talk about educating the public on coyote safety.