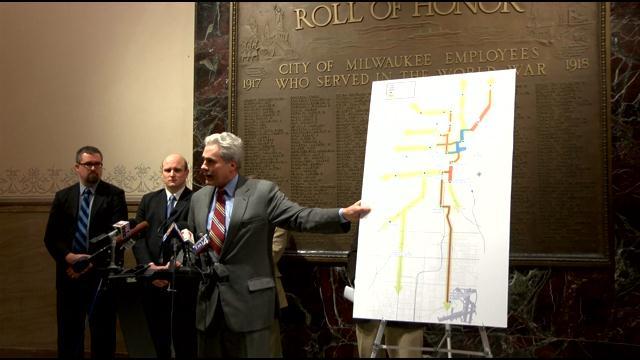 A lot of people thought the fate of this controversial project would be decided tomorrow, but a vote may be delayed and that in itself makes some city leaders furious.

\"So, we can all come back here once a week, maybe once a day and hold press conferences. You can all set up shop at city hall and we can debate this for another three weeks. The bottom line is this, yes, there is a maneuver that can hold this one more cycle based on only three votes,\" said Alderman Robert Bauman.

When word spread that Wednesday's streetcar vote would be delayed, Alderman Robert Bauman showed his frustration.

\"Its fair to say, there is at least three opponents. Its likely this will be held and we will be arguing this for another three weeks,\" said Bauman.

Alderman Bob Donovan is among a group that thinks there should be a referendum, which is why he and other aldermen may push to delay the vote to February 10th.

\"Allow the people to voice their concerns, support or opposition, one way or another let the people decide,\" said Donovan.

That extra time could help Donovan who is spearheading a petition that needs 31,000 signatures in 60 days for a referendum.

Some city leaders hoping it will eventually expand to other parts of the city.