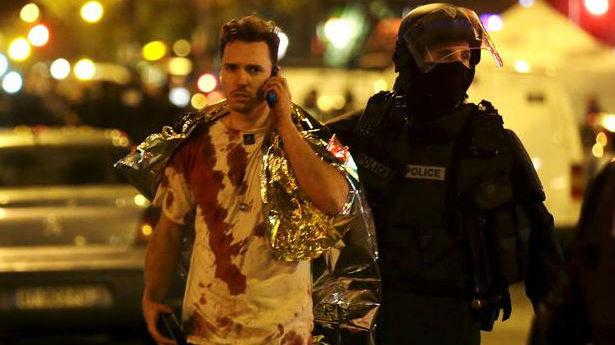 (CBSNews) On Saturday night, Sting will help reopen France’s historic Bataclan concert hall in Paris. It’s part of a series of events in observance of the first anniversary of the coordinated attacks that struck the concert hall, a soccer stadium and nearby cafes that killed 130 people and injured hundreds of others.

On Friday night, the Stade de France paused to remember the terror that swept through France’s capital. It was at the national stadium where two suicide bombers detonated their vests, triggering panic inside.

Minutes later gunmen opened fire on diners and in cafes -- in all, six sites across Paris were attacked.

The deadliest unfolded in the Bataclan theater, packed with concert goers at the time.

Video filmed by Le Monde of a pregnant woman escaping through a second floor window gripped the world.

Eighty-nine people did not make it out alive.

“I will always have to live with this horrible souvenir. You cannot make them fade, but you can learn to live with them,” said Denys Plaud, who survived the attack.

The theater became the collective memorial for the attacks.

Now, for the first time on Saturday night, music will play in the hall once again.

“We decided we had to pick ourselves back up and move on,” said the Bataclan’s owner, Jerome Langlet.

Sting will headline this new chapter, having once performed there with The Police in 1979, when it was a much different time.

Ahead of Saturday’s performance, he wrote on his website he hopes to “remember and honor those who lost their lives...” and to “celebrate the life and the music this historic theater represents.”

The theater has been renovated to erase the physical reminders of what happened last year.

But those who died there can not be forgotten.

Through music, Sting says he hopes to respect the memory and the spirit of those who fell.