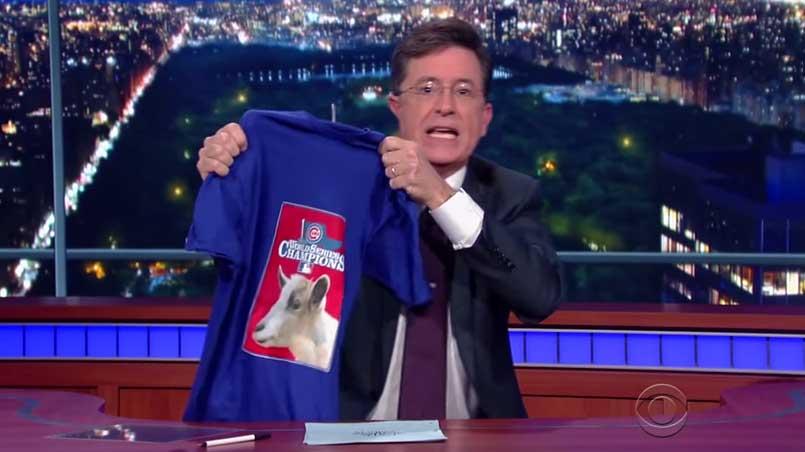 The Cubs have a chance to win the World Series for the first time in 107 years, and Stephen Colbert said there is nothing that can stop them.

Stephen Colbert discussed last night the “Curse of the Bill Goat” on the Late Show.

Colbert lived in Chicago before moving to New York.

“I’m not scared of you knuckle-kneed sheep wannabees anymore,” Colbert said. “Oh, that feels good. So many things I’ve wanted to say about your kind for years, but I’ve been too afraid because of the curse. Not anymore.”

The curse is believed by some Cubs fans to have happened in 1945. A goat owner brought a goat to the World Series in Chicago, but he was not allowed to stay. The goat owner put the curse on the team.

He goes on to discuss goat cheese and soul patches.