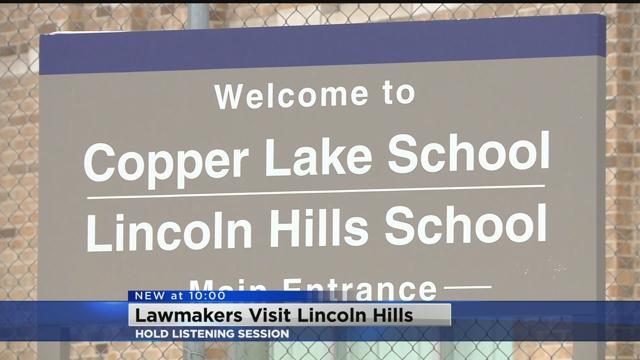 An update now to allegations of mistreatment of teens staying at Lincoln Hills north of Wausau. Two Wisconsin State Senators were joined by others in a trip to the facility, Thursday. They say they are liking what they see since an investigation in to those allegations began. State Senator Lena Taylor said while not everything has been fixed, she said she is happy with what she saw today.

Senators Taylor and Nikiya Harris Dodd both had smiles on their faces when they got off the bus. Senator Taylor told CBS 58 she is seeing signs of the changes that Governor Scott Walker called for, as well as signs of changes that leaders at Lincoln Hills decided to do themselves. Lincoln Hills has come under a lot of pressure after allegations surfaced, in late 2014, of things like sexual abuse, child neglect and tampering with records at the facility in Irma, which houses young offenders. A majority of them are from Milwaukee. One of the things Senator Taylor noticed is there have been changes to the inmate complaint process. She says there have been changes toward making it an independent complaint process. Senator Taylor says she also had a chance to speak with some of the young people who are there.

A parent of one of the teens, Yolanda Brown, told CBS 58 while she is worried about her son's safety sometimes, most of the time she isn't. She was happy with how Thursday's visit went.

Senators Taylor, Harris Dodd, and Brown all hope that at some point children from Milwaukee can be closer to their families to give them more time together.