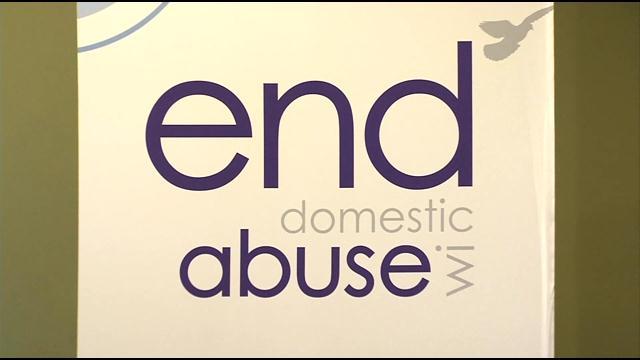 A report by End Domestic Abuse Wisconsin shows the damaging effects domestic violence has on victims and the state's economy.

The organization, which serves as the leading voice for the state's 73 programs, indicates that for every domestic assault, the average victim misses more than a week of work.

Companies lose money, but more importantly, so do victims. Leaders say that gives them less opportunity to survive financially without their abuser.

As a result, End Domestic Abuse Wisconsin is requesting the state add $19.7 million to the budget to expand services.

They include job training, economic improvement and homicide prevention, support that goes beyond the immediate crisis. But, those resources are strained too.

Numbers show nearly 10,000 requests by victims for emergency shelter last year could not be met because of lack of funding.

\"These numbers represent the lives of women who are in grave danger and need immediate safe refuge and a safe place to stay,\" said Angela Mancuso, executive director of the Women's Center in Waukesha. \"Continued and increased funding is required for those core programs so lives can be saved, children are protected, families healed and abusers are held accountable.\"

Advocates hope to work with Governor Scott Walker to increase services for domestic violence victims. They call on businesses to do their part as well, to provide safe and supportive environments in the workplace.

End Domestic Abuse Wisconsin says more than 700,000 women in the state have been victims of domestic violence.