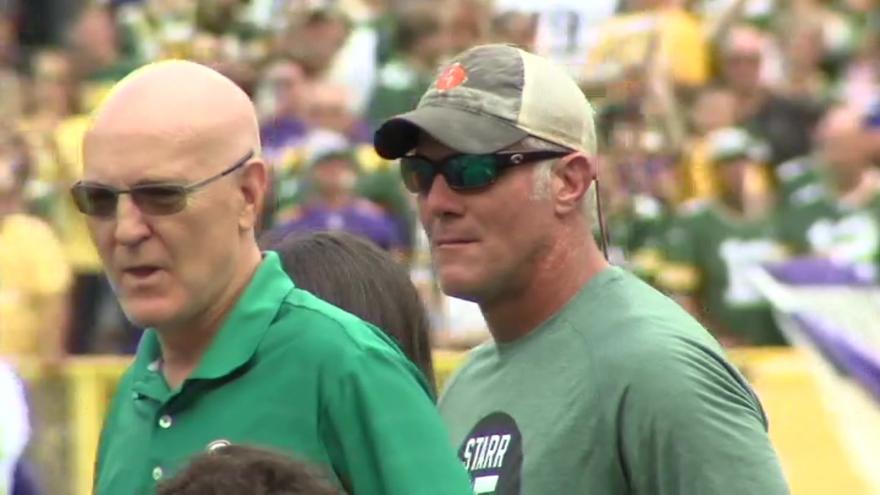 Favre has not been charged with any criminal wrongdoing.

Favre is one of 38 defendants named in the lawsuit, which include three former pro wrestlers and several other people and businesses.

The lawsuit says they “squandered” more than $20 million that was intended to help some of the poorest people in the United States.

The Mississippi Department of Human Services says the money came from an anti-poverty program called the Temporary Assistance for Needy Families.

Here's what the lawsuit says happened:

Favre was once the largest investor and stockholder in a Florida-based company that was trying to develop a concussion drug.

The suit says Favre urged the CEO to ask to use welfare grant money to invest in the company.

The suit also said Favre hosted a stock sales presentation at his home and an agreement was reached to spend “substantial” welfare grant money on the company.

The suit said the stock was in the names of a mother and son who ran a nonprofit group, but it was also for the financial benefit of Favre and others.

Less than two weeks ago the mother and son pleaded guilty to state criminal charges tied to the misspending.

They agreed to testify against others in what the state auditor has said is Mississippi's largest public corruption case in the past two decades.