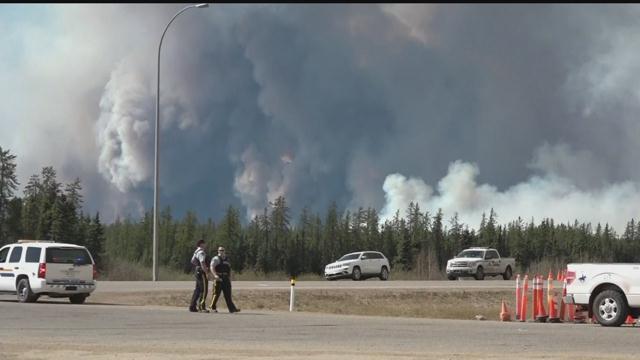 The number of Canadians who have had to get out of the way of a huge wildfire is nearing 90,000. Now state leaders in Wisconsin want Governor Scott Walker to allow Wisconsin to help.

"We want to make sure that we can lend a helping hand, be good Samaritans, and the people who are going through this crisis to have respite and refuge," said State Representative Jonathan Brostoff (D).

In a letter to Walker, they refer back to 2005 when the state helped Hurricane Katrina refugees. The leaders say the youth center at State Fair Park is at least one option since it can hold roughly 250 people.

The Canadian wildfire started Tuesday in Fort McMurray in the Canadian Province of Alberta.

"We think this is an appropriate use, and it is empty at this point. We think this is the place where we could absorb many of those people. We think it would be a step in the right direction," said Representative Kessler (D).

The fire and mass evacuation has severely impacted Canada's oil business. The fire has forced as much as a quarter of Canada’s oil output offline and is expected to hurt the overall Canadian economy.

The Alberta oil sands have the third largest reserves of oil in the world behind Saudi Arabia and Venezuela.