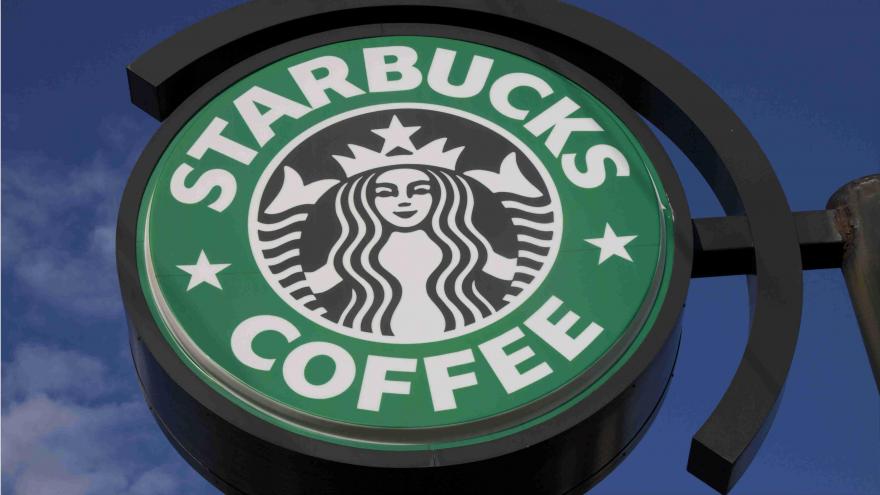 (CNN MONEY) The company announced its plans for a hiring spree at its annual shareholders meeting Wednesday. It marks the final shareholder event that Howard Schultz will attend as CEO before he's replaced by Kevin Johnson on April 3.

The announcement comes as Starbucks is heavily focused on growing its business abroad. It's currently opening one store per day in China, and Starbucks (SBUX) recently entered the Italian market. The coffee chain plans to add 12,000 new stores worldwide by 2021.

Johnson and Schultz sat down with CNN's Poppy Harlow this week to discuss the US political climate and its impact on international business.

Johnson said the single most important thing Starbucks needs from President Trump is more guidance on trade policies -- and there is concern about how Trump's "America First" platform and anti-free trade sentiments may affect global brands.

"Certainly, as an American brand, sometimes politics in the United States can carry over," Johnson said. "But we're going to stay focused on the things we can control and the things that we do well."

Schultz, who endorsed Hillary Clinton during the campaign last year, said that it's too soon to tell whether Trump's policies will hurt Starbucks. But Schultz does support some of Trump's campaign promises.

He said Trump's talk about "lowering taxes and creating jobs and bringing manufacturing back" would be "very positive for the country and very positive to Starbucks."

But Schultz said no matter what happens in Washington, Starbucks can weather the storm.

"I think that Starbucks has demonstrated over 40 plus years our unique ability to navigate successfully through lots of cyclical changes in the economy and political administrations," he said. "I'm very confident that we will be able to do that."

Schultz, 63, will stay on as executive chairman of Starbucks. Now that he's relinquishing his CEO title, he'll have more time to focus on the social issues he cares about.

He said he plans to continue his efforts on youth development, veterans' issues and homelessness through the Schultz Family Foundation.

"I'm committed to doing everything I can as a private citizen to try and elevate the national conversation about these issues," Schultz said. "I'm very, very concerned about the fragile nature of the world and the uncertainty in America and want to do everything I can to really improve the situation for those people who do not have a voice."

The public has long speculated whether Schultz will run for political office himself. In December, Schultz told CNN that it's "not the right time," but "I'm still a young man."

Johnson and Schultz say the pair worked closely together on a five-year plan for the company, and they expect this transition to go "seamlessly."

Johnson intends to carry on Schultz's tradition of balancing business with promoting social causes. The company has promised to hire 25,000 veterans or their spouses by the year 2025, expanding a prior commitment to hire 10,000. It also plans to hire 100,000 young people who are not in school or unemployed by 2020.

Starbucks is also standing firm behind its commitment to hire 10,000 refugees around the globe, a move that the company announced the day after Trump implemented his initial refugee travel ban.

YouGov, a firm that tracks customers' brand perceptions, said in February that its research showed the decision to hire refugees damaged the brand -- causing its brand perception to fall by two-thirds. Starbucks refuted that claim, saying a study it commissioned found the hiring decision didn't have any substantial impact on brand perception.

Related: Starbucks is coming to the home of the espresso

When asked about the discrepancy by Harlow, Schultz reiterated that Starbucks hasn't seen any negative blowback.

"Without question," Scultz said, "[It's] had zero impact on the equity of the brand, the performance of our business and, I'd say most importantly, has made our partners and our customers proud of the compassion of the company."

Johnson added, "while some will try to politicize things that we do, for us this is not about politics, it's about principles."

Johnson said he's ready to take on the tall order of replacing Schultz, who is credited as the mastermind behind Starbucks' meteoric rise from small Seattle coffee shop to household name.

"Certainly, I think transitions from founders are particularly unique and sometimes challenging transitions to execute," he said. "Howard [Schultz] and I both have spent so much time on this in trying to do this the right way, do this in a thoughtful way, a planned way."

"I have venti shoes to fill," Johnson said.