The start of June means that meteorological spring, the months of March, April and May, is over and meteorological summer has arrived! We talked often about how dry it was this spring with only 4.63" of rain during the three spring months. On paper it might seem like a lot but the average rainfall during those months is 9.60" so Milwaukee ended spring almost exactly 5" below-average. 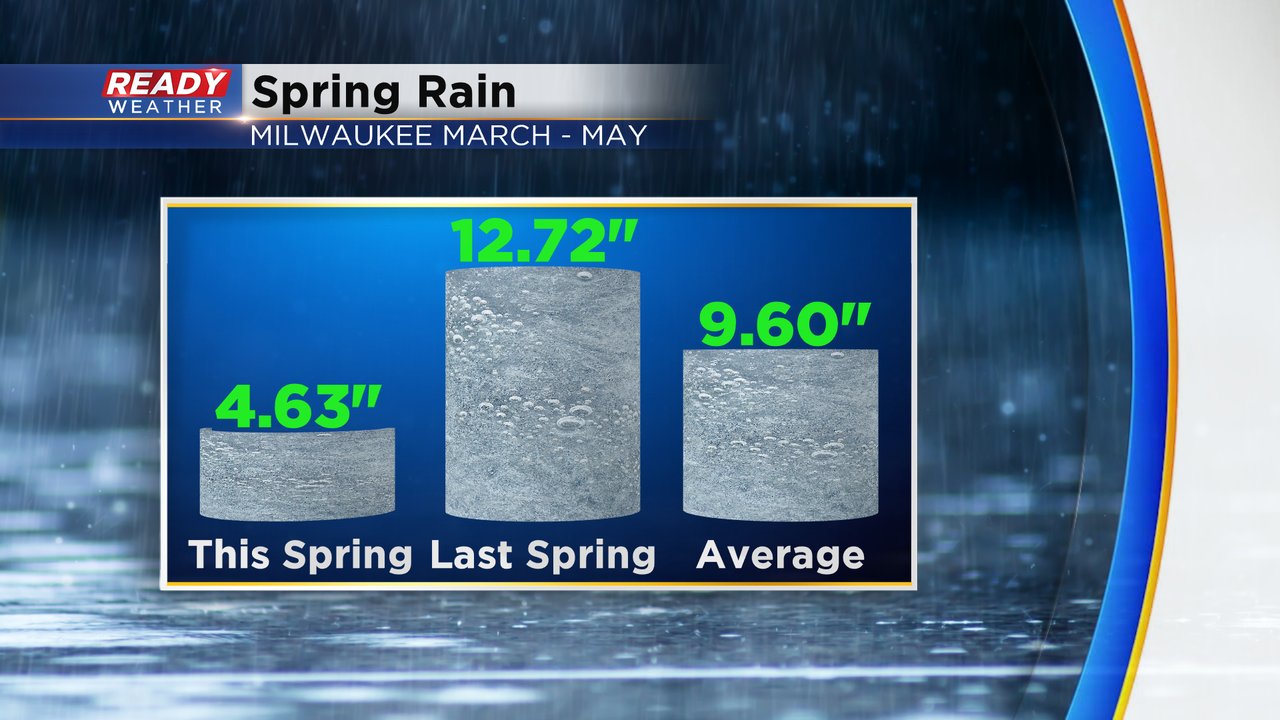 The lack of rainfall was enough to make the Top 10 list of driest springs on record. 2021 went down as the 6th driest on record. Check out the record driest year in 1885 when we didn't even get 3" of precipitation over those three months. 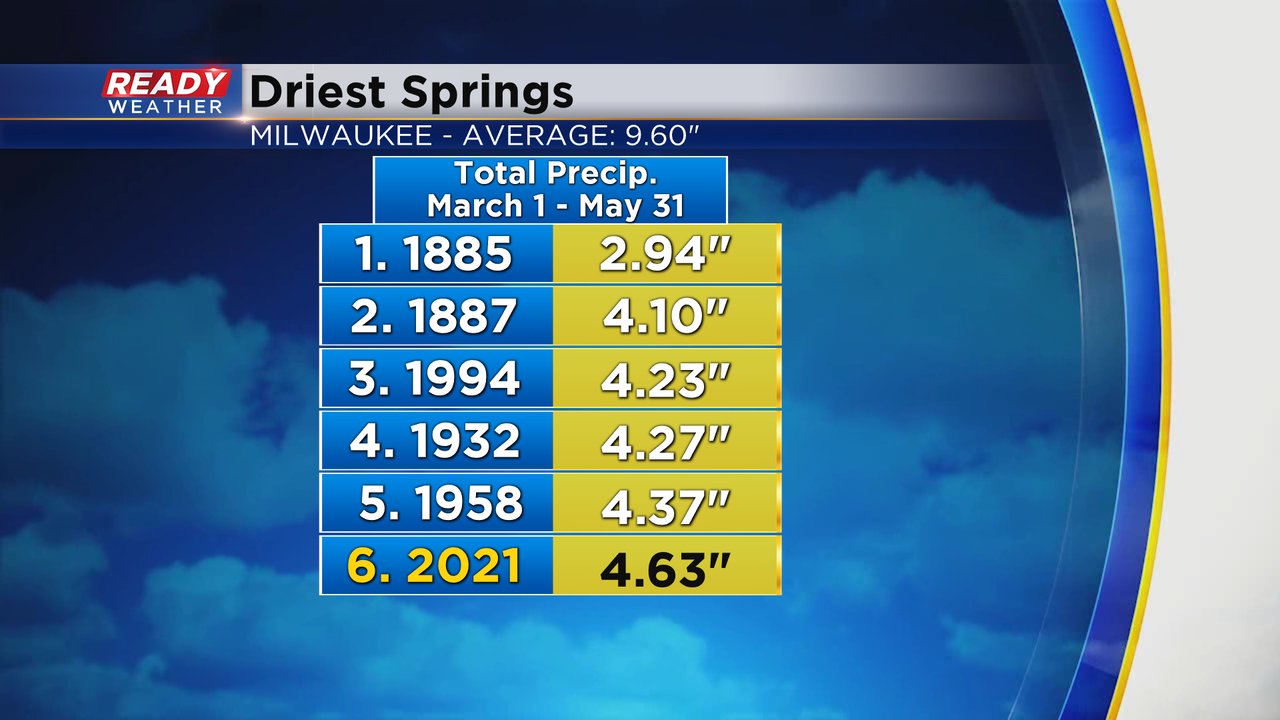 We didn't talk a lot about how warm it was but the average temperature from March, April and May was just under 50* and good enough to go down as the fifth warmest on record. 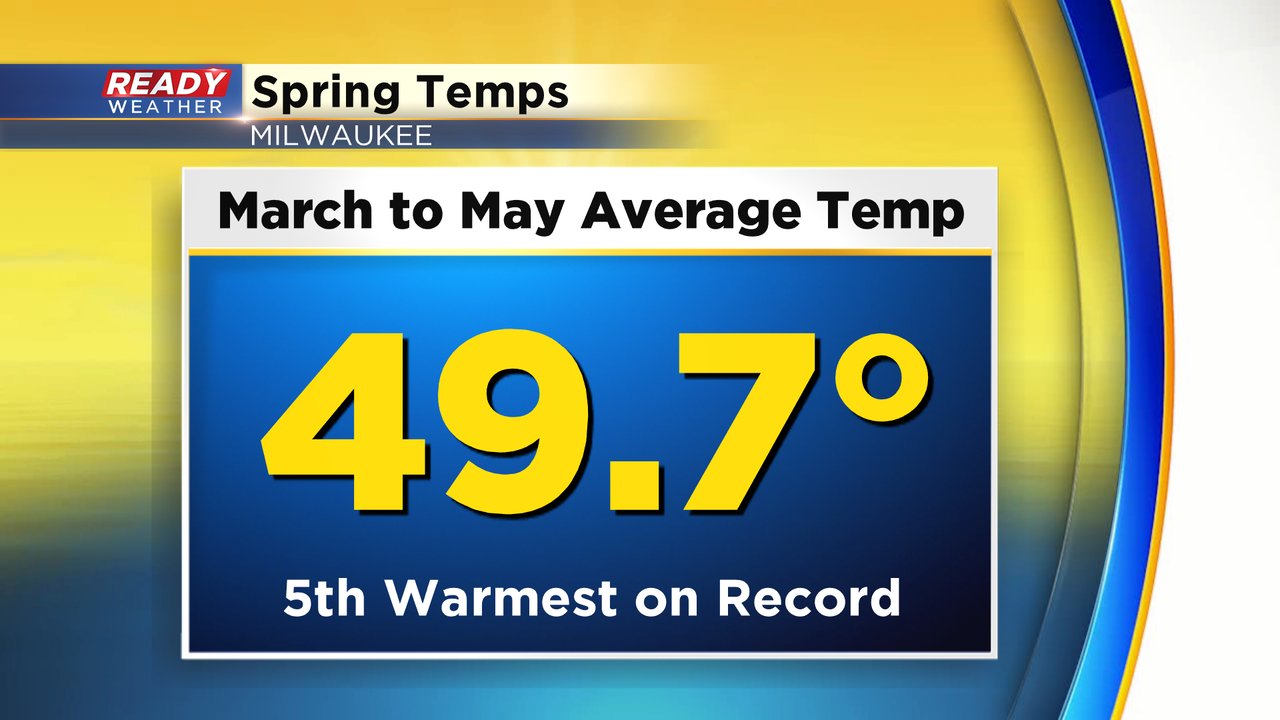 Here are the other top 5 warmest springs on record:

Welcome to summer in Milwaukee! Over the last 50 years the average temp during the summer months has warmed almost 3* but we've seen even more warming with our low temps which have risen nearly 4*. #readywx pic.twitter.com/n6m0jCkvzr