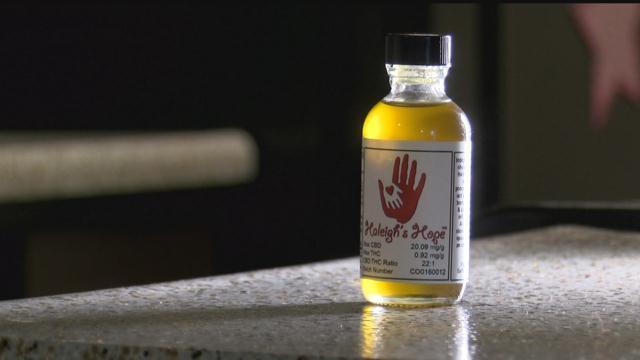 More than a year after Lydia's law was passed in Wisconsin, families in need of CBD oil still don't have access to it. But local legislators are working on a provision that could make a difference.

"I felt so bad because we did all that work and there was nothing done," said Sally Schaeffer, whose daughter Lydia passed away on May 11, 2014.

The law named after Lydia, legalized the use of CBD oil for seizure disorders. However, Wisconsin patients could be prosecuted if they bring it to the state.

That's why patients like 4-year-old Lily from Milwaukee have been forced to move to Colorado where the medication is legal and accessible.

Lily has been seizure free for more than 70 days since she began her treatment, according to her mother, Vicky.

Schaeffer is glad the treatment is working but wants to make sure Lily and other Wisconsin patients can have access to it in their home state.

"I want parents and individuals that need assistance to have it without being  prosecuted or have issues or problems with access to it," Schaeffer said.

On November 24, she'll be at a hearing in Madison where Senator Van Wanggaard will introduce a provision to the current law.

"Our intent right here, right now, is to remove criminalization of cbd oil so that a parent that does have it here won't worry about someone breaking their door down because they have a bottle of CBD oil," Sen. Wanggaard said.

"She's not going to let her loved one's memory  be lost. She has a purpose and she's making a difference," Wanggaard said.

The Senator hopes this provision will be a done deal in January.

In the meantime, Schaeffer is traveling to Washington, D.C. on November 16 and 17 to speak with legislators about efforts on a Federal bill.