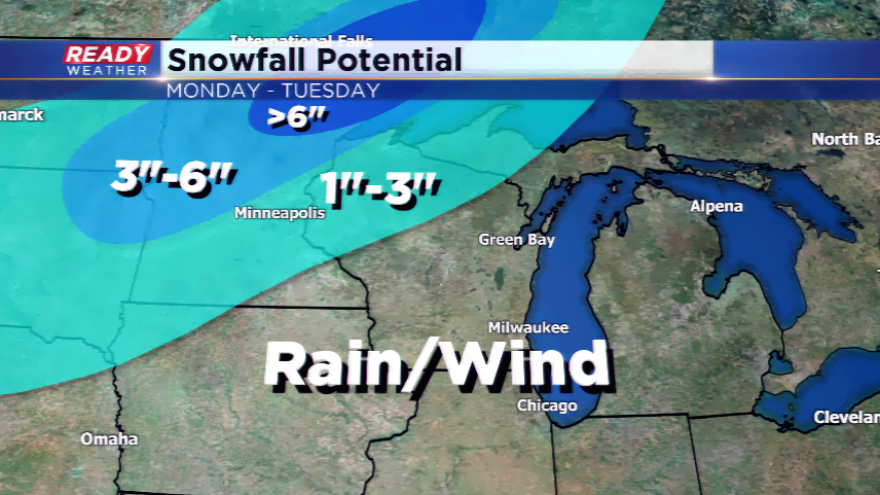 It was inevitable that winter was going to blast into the area at some point, and here it comes. A strong low pressure system will bring snow to the Midwest, windy conditions, and the coldest air of the season to southeastern Wisconsin. 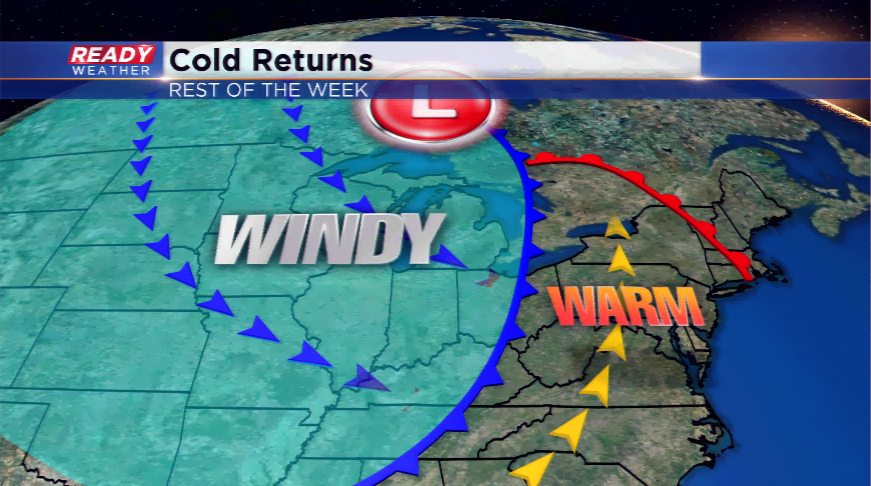 This low pressure system will bring near record highs to Milwaukee and the area today. The record high for December 4th is 60 degrees set back in 2001. I am forecasting a tie for that high. The reason? A warm front is stationed over the region, and with a very gusty south-southwest wind, this should help enough to get back to 60 degrees. Those gusty winds have warranted a Wind Advisory from the National Weather Service, which will start at 3pm today and run into Tuesday morning. Wind gusts could approach 45 to 50 mph. 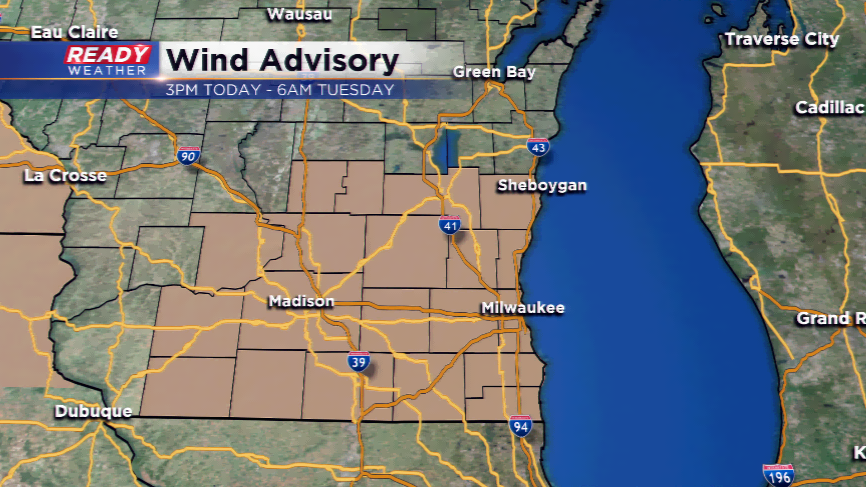 There will be showers and storms on and off today, especially this morning and later this afternoon and evening. Severe weather is not expected; however, with the instability in the atmosphere, there could be some small hail, stronger winds, and lightning. 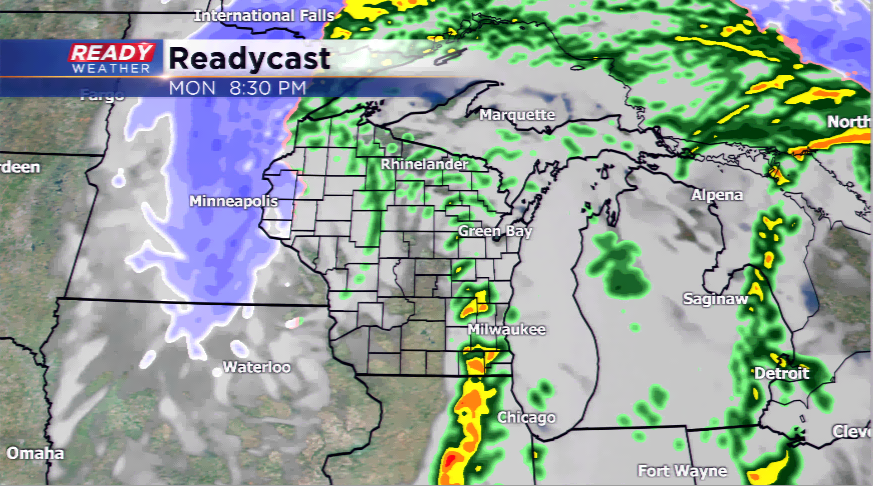 All eyes will be on the cold once the front moves through late tonight. The highs will plummet into the 30s tomorrow, and then eventually the 20s later this week. The overnight lows are expected to plunge into the teens and possibly single digits by this weekend or early next week with several reinforcing shots of cold air. 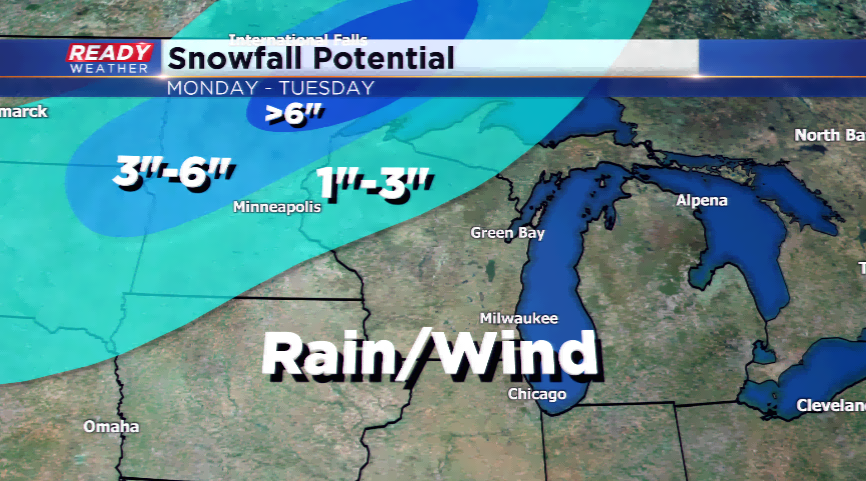 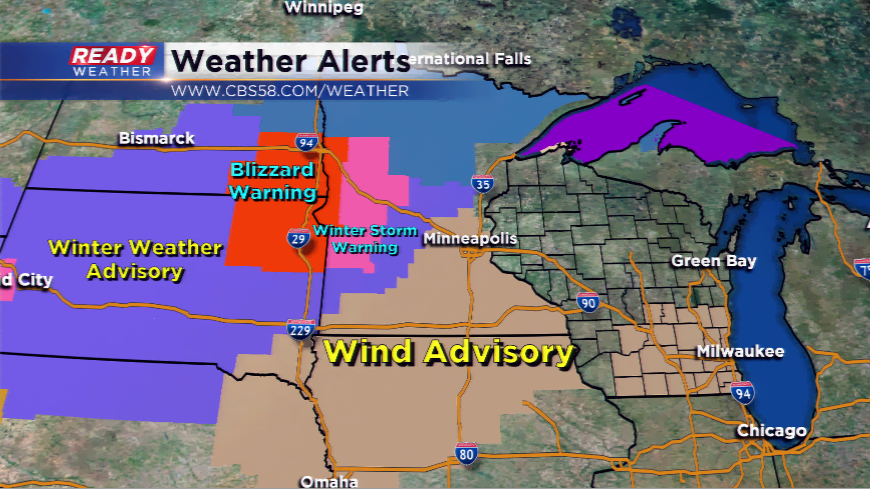 This chilly weather pattern will linger into next week with no end in sight. If there’s any good news, especially if you’re not a snow lover, the accumulating snow will stay west. Several weather alerts are posted for Minnesota, the Dakotas, Nebraska, and Colorado with a snowstorm moving in. Blizzard conditions and several inches of snow are both possible there. We could see some snow showers later this week, but major snowfall is not in the forecast. 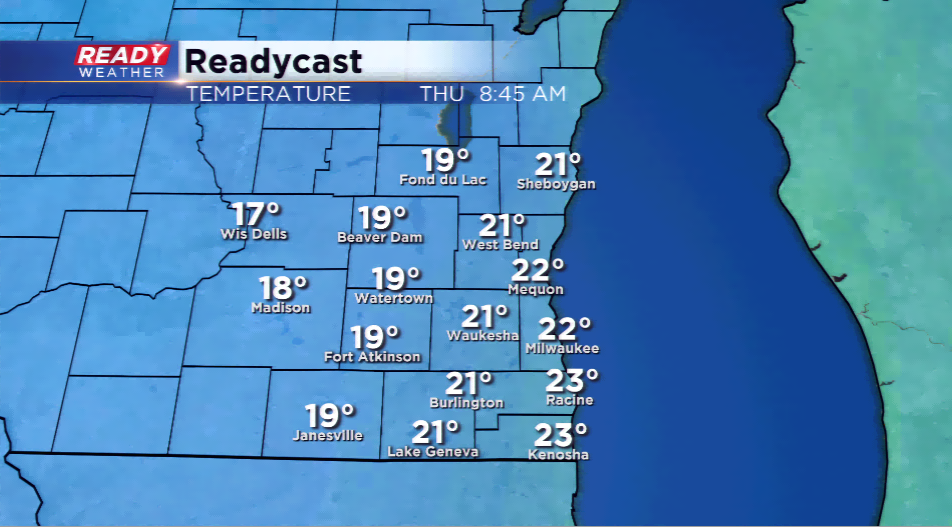