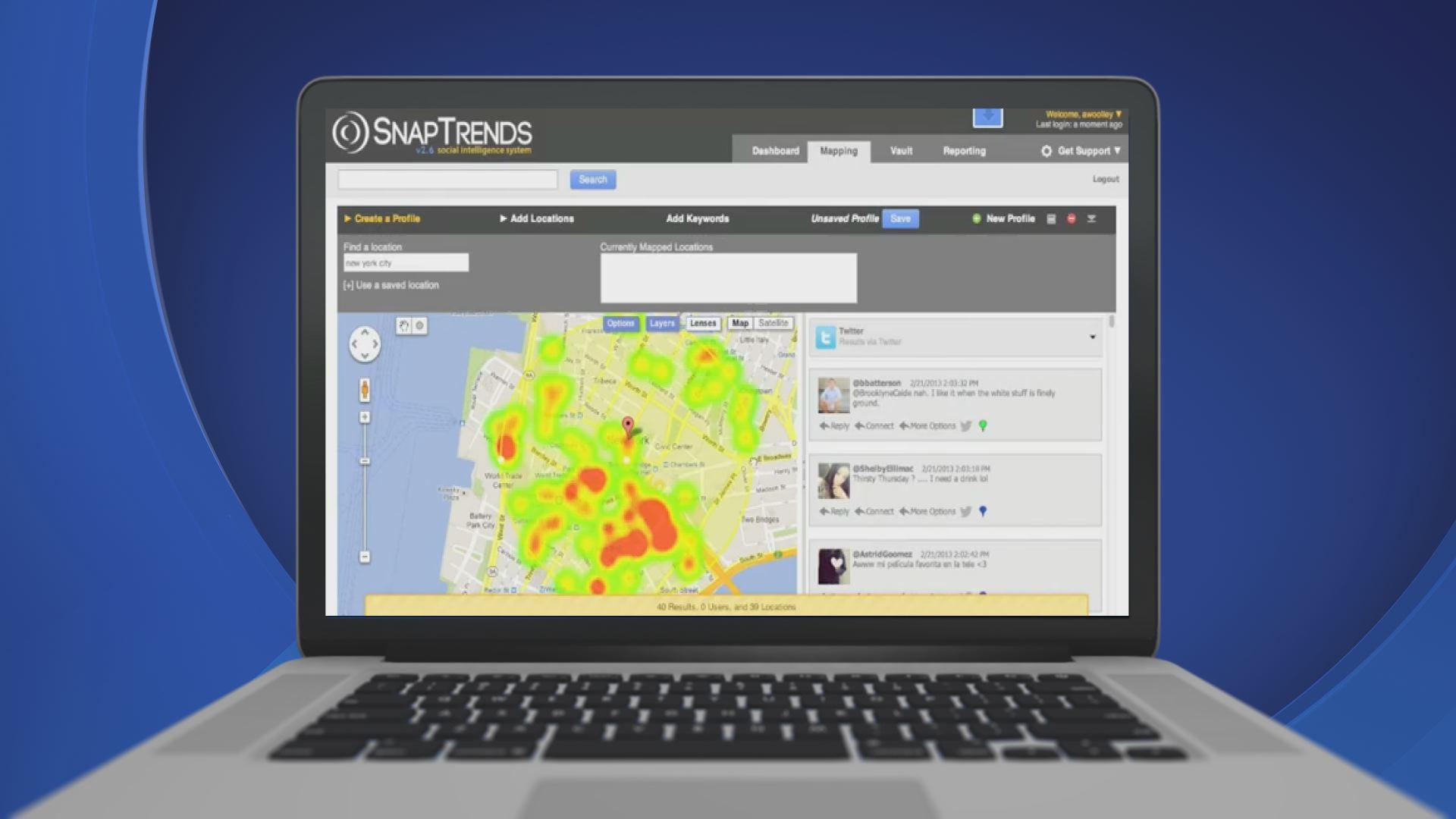 Social media played a big role in the case of Jacob Rogers, the man accused of killing his friend Andrew Lee Jones.

While on the run from police, Rogers was actually posting on Facebook about killing Jones.

For example, in one post he apparently coped to the murder saying \"there's the truth I did it.\"

However, while he was doing that Racine Police were monitoring him online.

The RPD were keeping an eye on him using a program called SnapTrends.

According to a LexisNexis study from 2014, 81% law enforcement professionals actively use social media as a tool in investigations

Sixty-seven percent of respondents indicate that social media monitoring is a valuable process in anticipating crimes.

SnapTrends allows investigators to see what people are posting about in a search area they set, using terms their looking for. They can even track a specific person.

it maps and graphs the information in real time for them. They're can plot where that person is over time and they'll use that information to find a pattern or  location.

The idea is to be able to catch criminals, or lend aid to people in need like a person contemplating suicide or stuck in a disaster.

The question many people have with the program is whether or not this is an invasion of privacy.

CBS 58 asked Racine Police to be part of this story and never heard back.