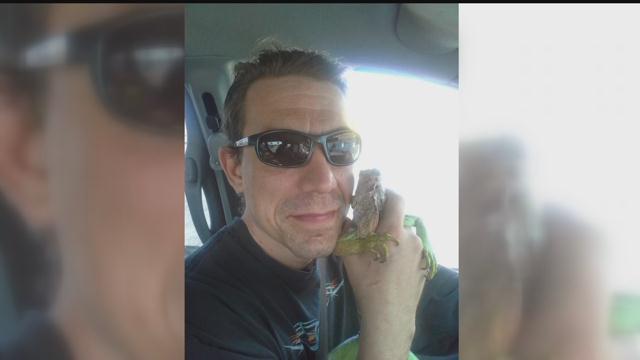 Racine police say there are still no arrests in the late Friday night shooting targeting a man delivering food to customers.

37-year-old Jimmy Norris - delivery man for Super Steaks and Lemonade - died from a gunshot wound to the chest, according to his family. The shooting while he was on the job on the 3900 block of Green Street.

Stacy Blevins, Norris's wife, says now the family does not know where to turn after losing their main financial and emotional support.

Blevins says Jimmy was the type of parent who would be there for student-teacher conferences, provide for the family, and sing the songs during the movie 'Frozen' if it meant making his kids laugh.

Norris's youngest child - Enzio - is just one-year-old. The family says he told work not to schedule him Easter weekend.

"He took off Saturday morning because we were doing Enzio's first Easter baby pictures at the zoo. And he told me he was going to come home early so we could get enough sleep," Blevins said - recalling her last words with her husband on Friday night. Norris never made it home.

Michael Greco says he is Norris's best friend. He also delivers food for the same restaurant in Racine.

"I heard 'Jimmy got shot' in my dead sleep. I jumped up and said 'No way this can't be true'," Greco said.

"He was out on a delivery on Green street and they open fired on him," Greco said.

A memorial made by neighbors now stands where it happened. Blevins says she plans to see it - with some difficulty. She's visually impaired.

She says Norris provided for her and their four children. Two of the kids have major health issues, Blevins said.

"I have one child who is ADHD, OCD, and he is one the autism scale. And then I have Christopher who is paraplegic, cerebral palsy, seizures, and epilepsy," Blevins said.

"They're six and seven and I need to be here with them and he worked," Blevins said.

The family wants anyone with information to step forward. They also say the delivery money would never justify killing.

"They're be maybe $100 if they're lucky. $20 at the least," Greco said about the amount of money delivery drivers carry.

Blevins also says she knows Norris was not acting recklessly. She says Norris knows what to do during an armed robbery having been been mugged  - on the job - only three months ago.

"On Christmas night he was held up for $80. They pistol-whipped him with a gun and they took the money. He gave it to them and he came home," Blevins said.

"And I know that he would have never put himself in danger. He knows that he has all this responsibility. He's a good father. He knows better. When that man wasn't at work he was right here with his kids every day," Blevins said.

Blevins says she does not have the money to pay for a funeral.