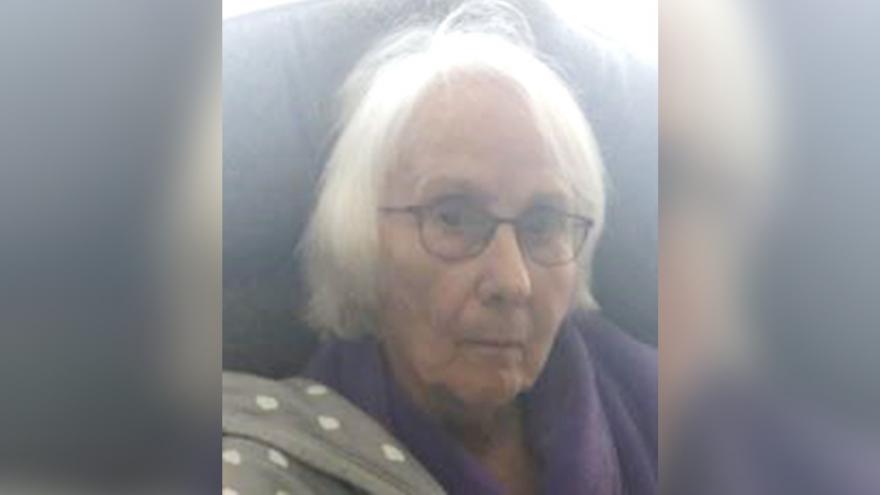 DANE COUNTY, Wis. (CBS 58) -- A Silver alert has been issued for 87-year-old Colleen A. Soper of the town of Westport.

Police say Colleen is described as a white female, standing 5'2" and weighing around 132 pounds with gray hair and brown eyes.

She was last seen around 3:55 p.m. Wednesday near Borchers Beach Road and Simon Trail.

She may be going to Blanchardville or to a family member's residence on John Wilkinson Road in Mazomanie. Colleen may also be heading to the Hollandale Cemetery.

Anyone with information is asked to call the Dane County Sheriff's Office at 608-285-6155.