Should the Mitchell Park Domes be a National Historic Site? 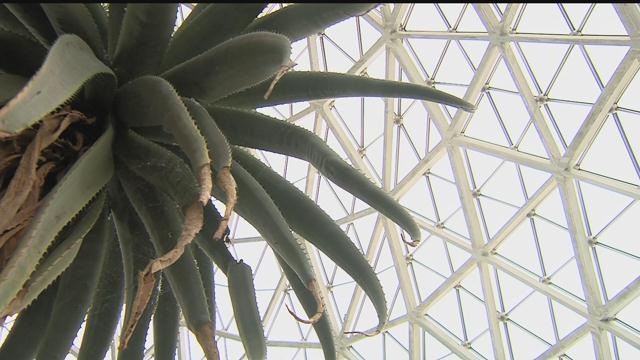 It comes as Larson, and current Milwaukee County Executive Chris Abele, focus on the Domes before the April 5th election.

"It's not every day that you get a politician who can offer a tropical vacation to every voter," said Larson. "But the fact is, we'll re-open the tropical dome."

Abele has said he is open to tearing down the domes, if that's what taxpayers decide they want. In a statement to CBS58, his campaign questioned the impacts of labeling the Domes as National Historic Sites.

The County Executive wants to allow for a full public discussion before making any long-term decisions about the Domes. Historic designation would prevent the public from even being able to consider alternatives.

"The listing does not automatically protect a building from demolition or other alterations. I Would argue that the listing enables the public to consider alternatives, rather than prevents. One advantage of a listing is that the register does trigger state and federal preservation laws that require federal, state, and local government agencies to take into consideration the effect on their plans or projects on the listed property."

One of the groups behind the idea is the Cultural Landscape Foundation, which recently compared the Domes to the St Louis Arch. Both facilities were opened to the public in the same year. The foundation posted the following statement on its website.

The Milwaukee Domes are recognized as a Modernist marvel and a rare surviving work by one of Milwaukee’s most consequential architects. Another Modernist marvel opened the same year as the Domes, the Eero Saarinen-designed Arch in Saint Louis, with an expansive landscape designed by Dan Kiley. Like the Domes, the Arch has also required maintenance. Fortunately, the response from its stewards has not been to demolish the property, which is a National Historic Site; instead a public-private partnership led by City Arch River has raised more than $237 million towards a $250 million goal for the site’s renewal.