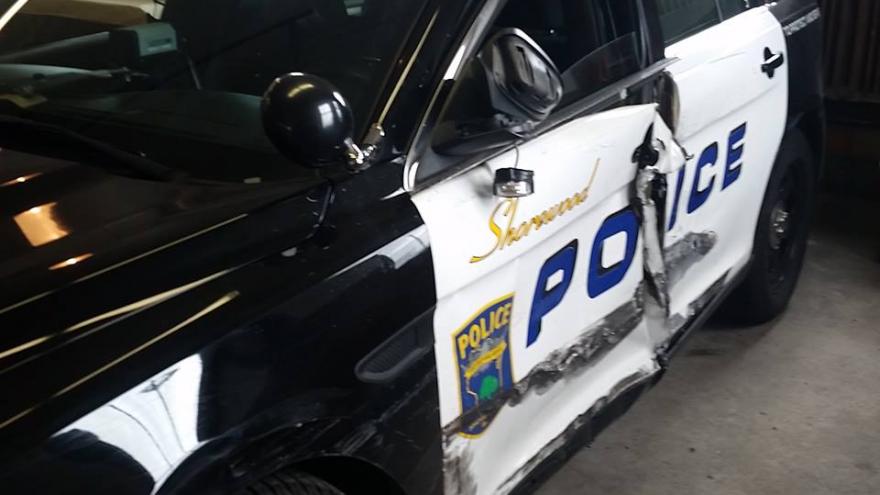 According to police, the officer's squad car was struck by a passing vehicle. The officer was stopped with the squad's emergency lights activated while blocking a lane of traffic for construction.

The driver of the striking vehicle attempted to pass other vehicles on the right and sideswiped the squad car, causing significant damage.

Shorewood Police want to remind drivers that Wisconsin Statutes provide a "move over" law which requires drivers to provide a safety zone for stopped law enforcement, emergency, and maintenance vehicles.

The law requires drivers to shift lanes or slow down in order to provide a "safety zone" for a squad car, ambulance, fire truck, tow truck, utility vehicle, or highway maintenance vehicle that is stopped on the side of a road with its warning lights flashing.

Drivers have two options for creating a safety zone:

If the road has more than one directional lane, like Capitol Drive west of Oakland or the freeway and you can switch lanes safely, you must move over to vacate the lane closest to the law enforcement or other vehicle with its lights flashing.

If the road has a single directional lane or you can't safely move over, you must reduce your speed.

Failure of motorists to move over is one of the reasons that motor vehicle crashes kill more law enforcement officers on duty than any other cause.