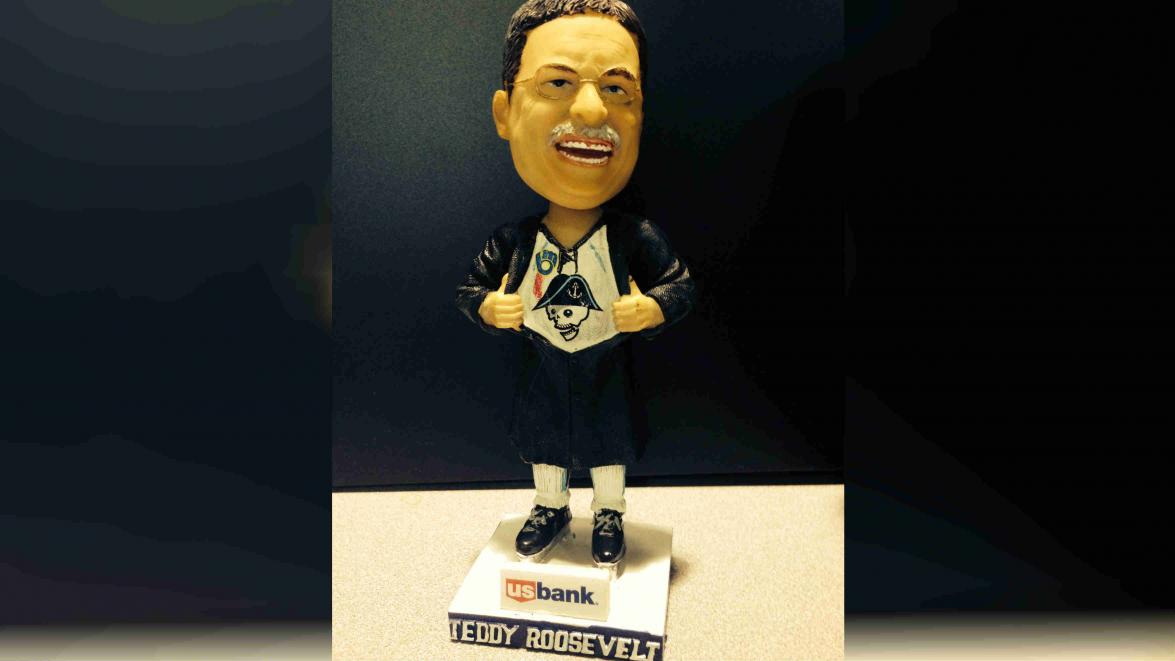 The Milwaukee Admirals hockey team will be handing out bobbleheads of former President Teddy Roosevelt at its game against the Iowa Wild Saturday, February 21st.

The statue of the 26th President shows him in an Admirals uniform, There is also a red marking near his heart.

A press release from the Admirals notes that Roosevelt survived an assassination attempt while visiting Milwaukee back in 1912.

\"A noted Admirals fan, Roosevelt was shot at close range by saloonkeeper John Schrank while greeting the public in front of the Gilpatrick Hotel near the corner of Kilbourn Avenue and 3rd Street,\" the press released reads. \"Schrank's .32-caliber bullet, aimed directly at Roosevelt's heart, failed to mortally wound the former president. Its force was slowed by a glasses case and manuscript containing Roosevelt's evening speech.\"

Schrank was arrested and reportedly told officers that any man looking for a third term ought to be shot.

Roosevelt went on to deliver his scheduled speech with the bullet still in his body.

In announcing the new bobblehead promotion, the Admirals also announced that Hank the Ballpark Pup is scheduled to make an appearance at the game.

For more information on tickets and other events click here