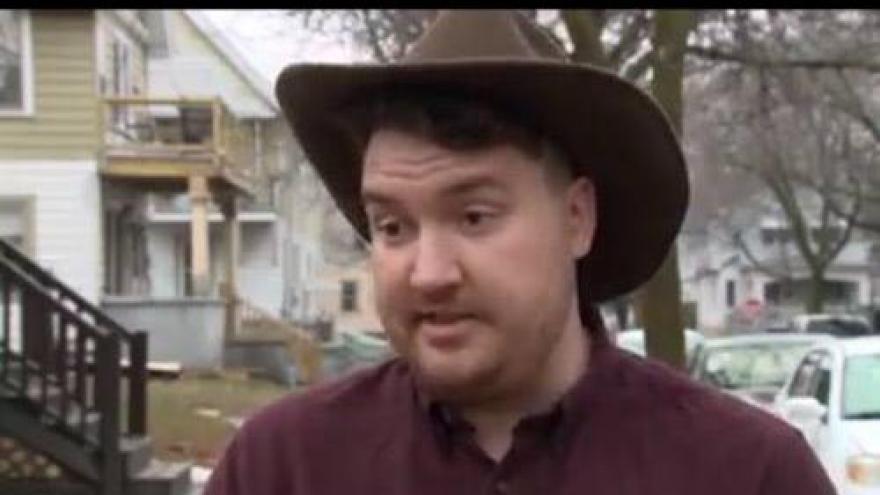 MILWAUKEE - The Milwaukee County Sheriff's Office is firing back once again after a local man says he was detained at the airport because of Sheriff David Clarke.

Dan Black says he was questioned by Clarke's deputies after the two exchanged words on a flight over the weekend.

Yesterday, the Sheriff's Office put out this response - "Next time he or anyone else pulls this stunt on a plane they may get knocked out."

And today, a meme was posted to the Sheriff's Office Facebook page saying "Cheer up Snowflake. If Sheriff Clarke were to really harass you, you wouldn't be around to whine about it."

"Threatening battery against somebody? There's so many very real challenges in Milwaukee County right now," he said. "It's really hard to see how this use of your tax dollars is making it a lot safer."

Abele says his office has no control over what the Sheriff's Office posts on social media.

"Being an elected official is a serious responsibility," he said. "Unfortunately, the way this Sheriff regularly comports himself, including this latest, juvenile, public spat, demeans the office he says he supports."

Black has filed a complaint against the Sheriff. He says he's hoping other people on the plane will come forward to collaborate his side of the story.

A statement has been released on behalf of Dan Black. It reads, "Citizens should be able to complain about public officials without fear of retaliation. Sheriff Clarke's statements are coldly calculated to intimidate Mr. Black with physical violence for engaging in Constitutionally protected activity. Law enforcement simply do not have license to beat up citizens for whatever perceived slight. Mr. Black will preemptively stop Sheriff Clarke's attacks with the full force of the legal system. In addition to protecting Mr. Black’s rights, we will work to ensure that Mr. Black is safe from the dangers caused by Sheriff Clarke’s promotion of violence."