Sheriff Clarke on recent Baton Rouge Shootings: I predicted this 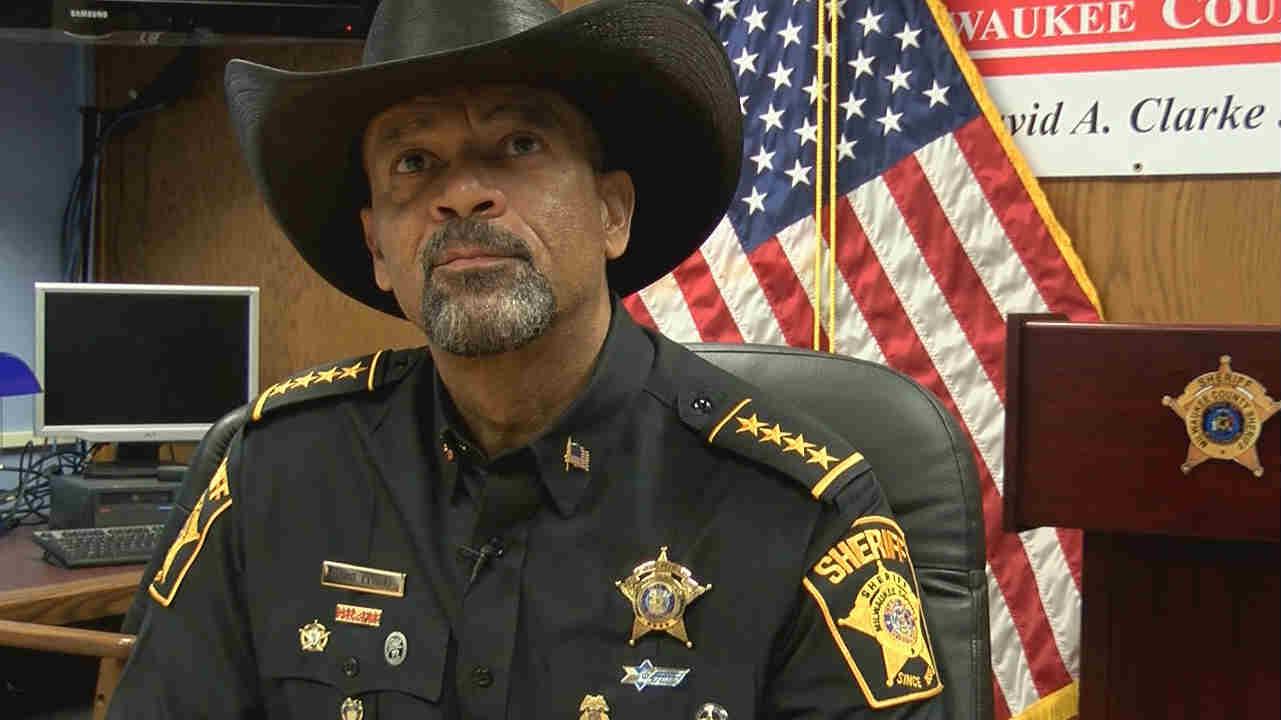 "I've been watching this for two years. I've predicted this," Clarke said. "This anti-police rhetoric sweeping the country has turned out some hateful things inside of people that are now playing themselves out on the American police officer."
Clarke blamed the Black Lives Matter movement for inspiring violent crimes against law enforcement officers, calling the group "purveyors of hate."
Lemon pressed Clarke for specifics, but the sheriff didn't offer any.
Lemon and Clarke, who will speak Monday at the Republican National Convention, got off to a rocky start.
Lemon began the interview by saying law enforcement officials in Louisiana talked about the Baton Rouge police killings. "Their message is peace and coming together in the country. What's your message?"
"You don't believe that for one minute, do you?" Clarke replied.
"That's what they said to me," Lemon said. "Yeah, I believe them."
"Are there protests over the deaths of the cops in Baton Rouge?" Clarke said.
"I don't know that," Lemon said.
"Any riots or protests over the police officers in Dallas, Texas?" Clarke said.
"What are you asking?" Lemon said.
When Lemon press Clarke for a response to the killings, the sheriff said. "My message has been clear from day one two years ago. This anti-cop sentiment from this hateful ideology called Black Lives Matter has fueled this rage against the American police officer. I predicted this two years ago."
After a few exchanges, Lemon said, "Sheriff, please. Let's just keep the vibe down here. So I understand, and, listen ..."
Clarke shot back: "I'm looking at three dead cops this week and I am looking at five last week. You're trying to tell me to keep it down?"
Later in the interview, Lemon and Clarke butted heads on whether data shows that police are more aggressive toward black males than white males.
"There is data that supports that," Lemon said.
"There is not data," Clarke said.
"The President spoke about it," Lemon said.
"The President has been lying about it," Clarke said.
Clarke asked Lemon if he condemned groups that criticize police.
"As a journalist sitting here on television, I don't have to condemn anyone," Lemon said.
"Well, I do," Clarke said.
Lemon said, "for the record," that he condemned all violence.
Near the end of the interview, Clarke said Lemon was refusing to respond to his points.
"The reason I don't have a response is that we're having two different conversations," Lemon said. "I'm asking the questions here, you're answering the questions by asking questions about some other subject that we're not discussing. That is not a conversation."
Lemon ended the interview by saying, "Sheriff, we appreciate you coming on, thank you."
Clarke continued his thought about Black Lives Matter, saying, "They teach vile and vitriol in the name of virtue."
Share this article: