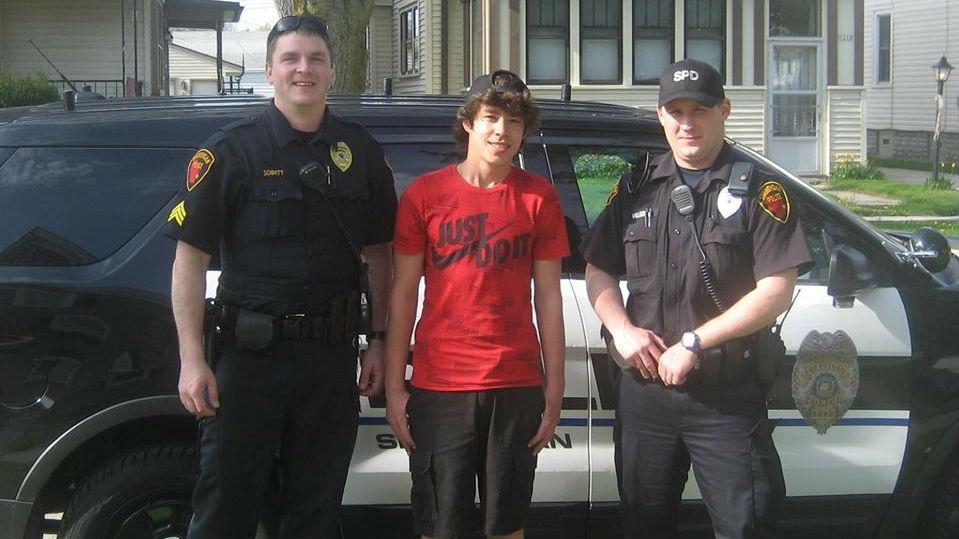 The Sheboygan Police Department recognized the bravery of a 15-year-old boy named Hunter Heyn, who rescued a 47-year-old man from drowning in the Sheboygan River.

On Friday, May 6, Hunter saw a man enter the river near Worker’s Park, according to a post on the Sheboygan Police Department's Facebook Page. The man started to struggle toward the center of the river and Hunter ran to assist him. He grabbed a flotation ring which was on shore and began swimming toward the man. Another person called the police and officers arrived just as Hunter was entering the water.

As Hunter drew closer, the man sank under the water so Hunter dove after him. He was able to bring the man back to the surface, and then grab hold of the flotation ring. The officers on shore pulled Hunter and the man to safety. Hunter’s quick action and courage certainly helped to save the man’s life.

Sgt. Schmitt and Officer Walloch brought Hunter coupons to Papa John’s Pizza as part of the “Doing Something Right” initiative.