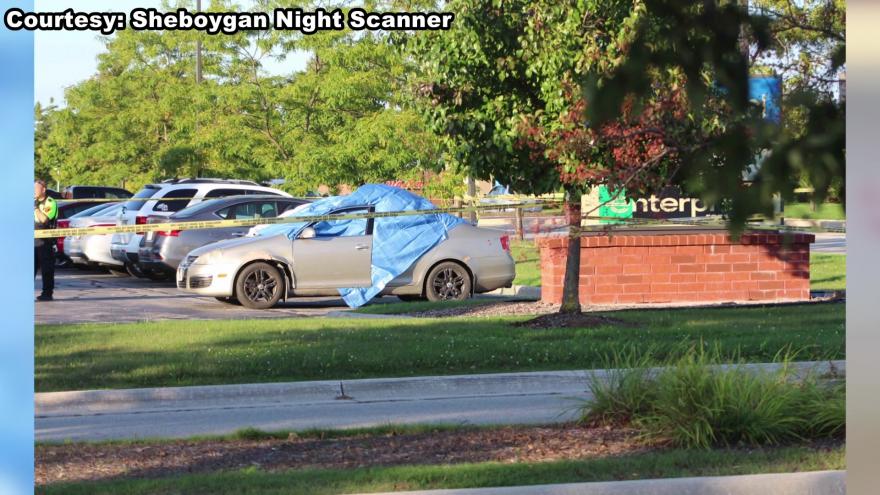 SHEBOYGAN, Wis. (CBS 58) -- Sheboygan police are still investigating after they say a 57-year-old Manitowoc man was shot and killed during a struggle Monday evening.

Police were called to the area of Business Drive and Wilson Avenue around 5:05 p.m. Monday for a disturbance. When officers arrived, a 22-year-old man approached them saying there was a man suffering from gunshot wounds in a vehicle at the end of the parking lot. While the 22-year-old man was detained, police recovered a gun from him.

Police found a 57-year-old Manitowoc man dead in a vehicle in the parking lot. A large frame firearm was also found in the vehicle.

Sheboygan investigators say the investigation is ongoing and will be presented to the District Attorney's Office for review when complete.

Police say it happened near Business Drive and Wilson Avenue around 5:05 p.m. Upon arrival, officers found a deceased victim and took a suspect into custody shortly after.

The area has been secured and the Sheboygan Police Department does not feel there is a danger to the community. Police say the crime does not appear random.

No further information is available at this time as the investigation is ongoing.