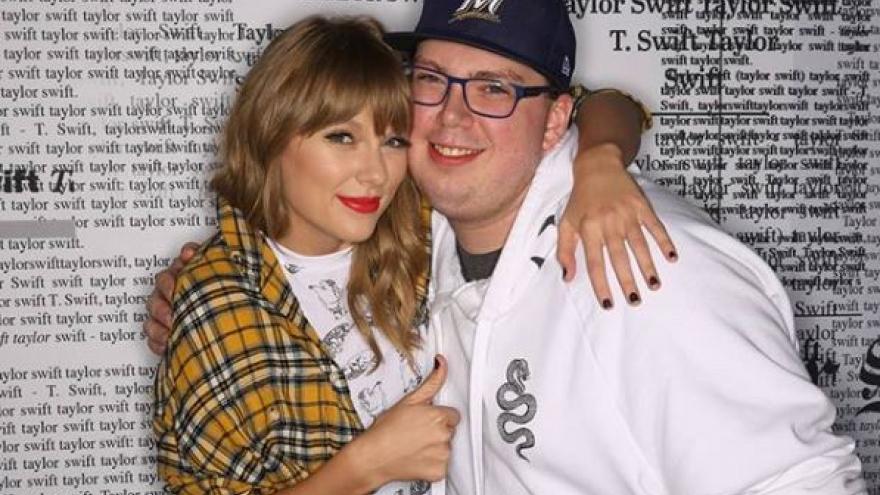 SHEBOYGAN COUNTY, Wis. (CBS 58) -- A pizza delivery driver in Sheboygan County who is credited with saving a woman's life got to meet one of his favorite music artists - Taylor Swift.

24-year-old Joey Grundl saved a woman after he delivered a pizza to a man in Waldo. When CBS 58 interviewed Grundl on Monday he said this,"I just showed up. I gave the guy his pizza and behind him was a woman. I could see a black eye on her right eye and that's when she pointed to it and mouthed the words to me 'Help me' and shortly thereafter mouthed again to me 'Call the police'. And after the guy gave me the money for the pizza I got in my car and started driving back to the store and that's when I dialed 911."

During his interview with CBS 58 Grundl was wearing a Taylor Swift sweatshirt and Brewers hat. He was already planning on going to Swift's concert in Arlington, Texas on Friday, October 5. Taylor Swift's people found out that he would be there and contacted him for a meet-and-greet.

Grundl told CBS 58, "Taylor recognized me when I saw her."

While at the concert Grundl wore the same sweatshirt he did the interview in and a different Brewers hat.