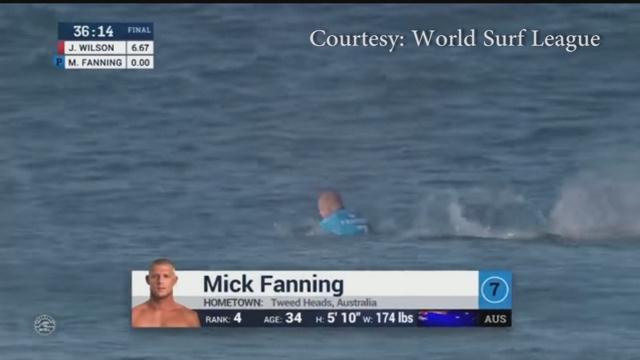 An international surfing competition in South Africa came to an abrupt stop after a shark attacks one of the surfers.

The video shows the fins of the shark before it attacks Australian surfer Mick Fanning. Fanning disappears from view, but then resurfaces and is rescued from the water.

After the incident Fanning said the shark took hold of the surf board and dragged him under water. All of a sudden, Fanning's leg rope broke and he just started swimming and screaming.

Fanning has no injuries. The competition was canceled after the attack.