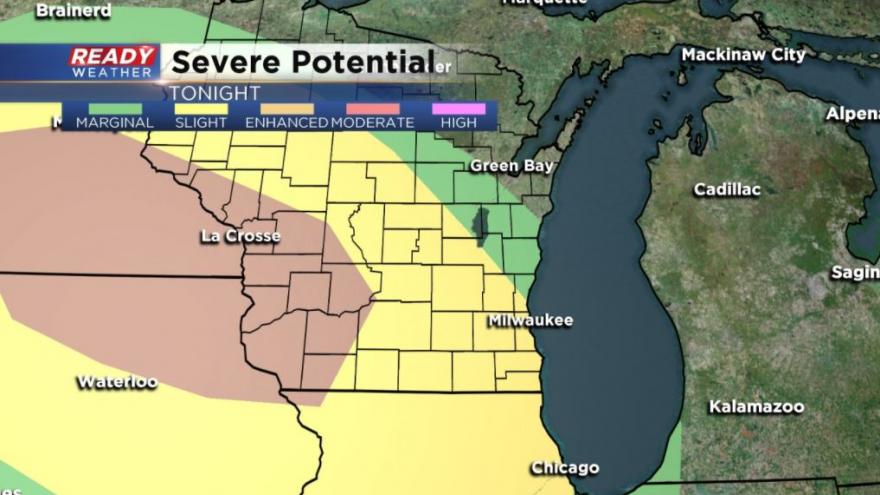 11:30 PM Update: Storms have entered western Wisconsin where some of them are severe. A cluster of storms has not yet formed so large hail is currently the main risk. Here is the radar image from just before 11:30 PM where storms are firing upon a boundary to the west and moving eastward. 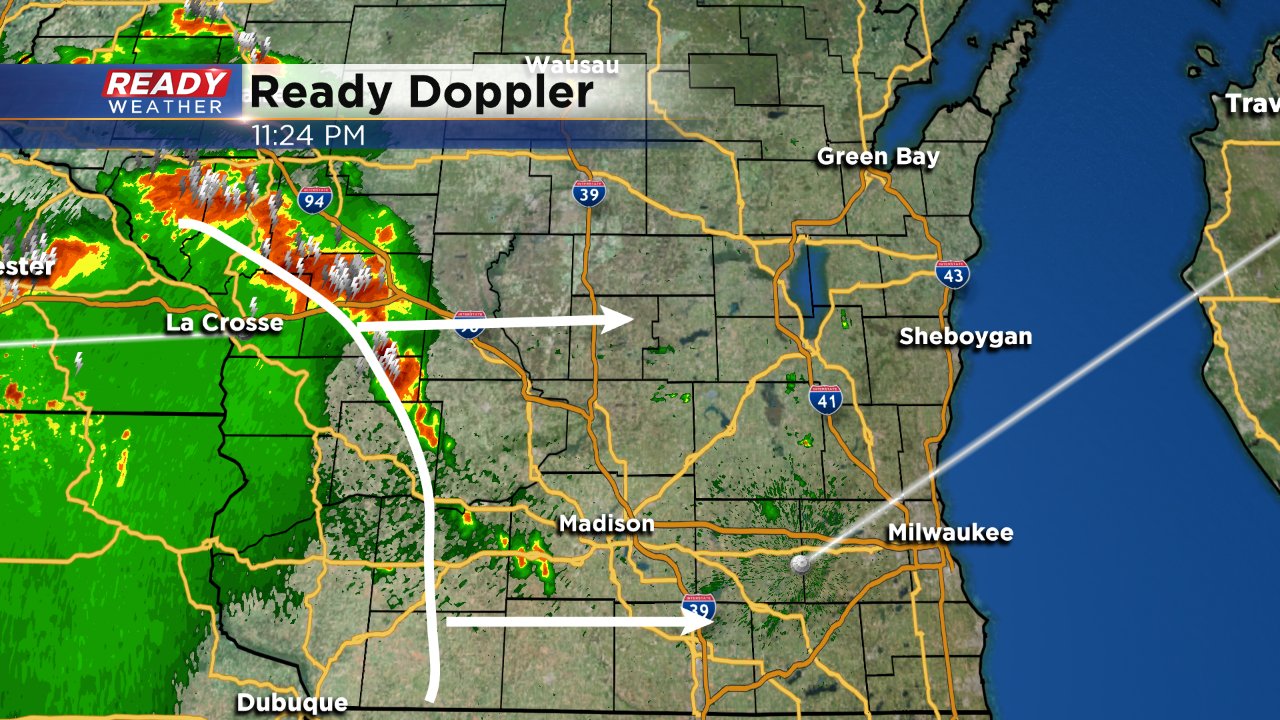 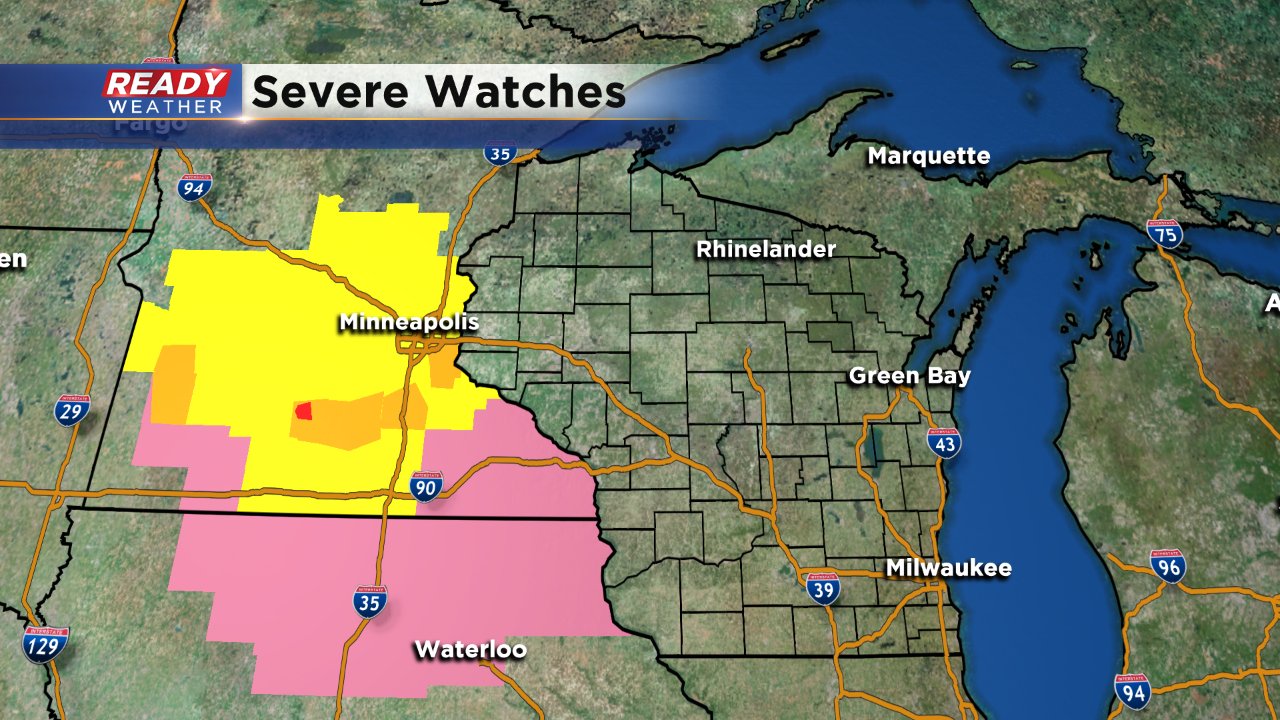 8 PM Update: The latest risk from the Storm Prediction Center has scaled back the "enhanced" area a bit to the west, but it remains unchanged in southeast Wisconsin where most of the area remains in the "slight risk."

Storms started to develop in central Minnesota around 6 PM right on time according to the weather models. A tornado watch has been issued for parts of Minnesota because of those storms which are still expected to arrive here after midnight. 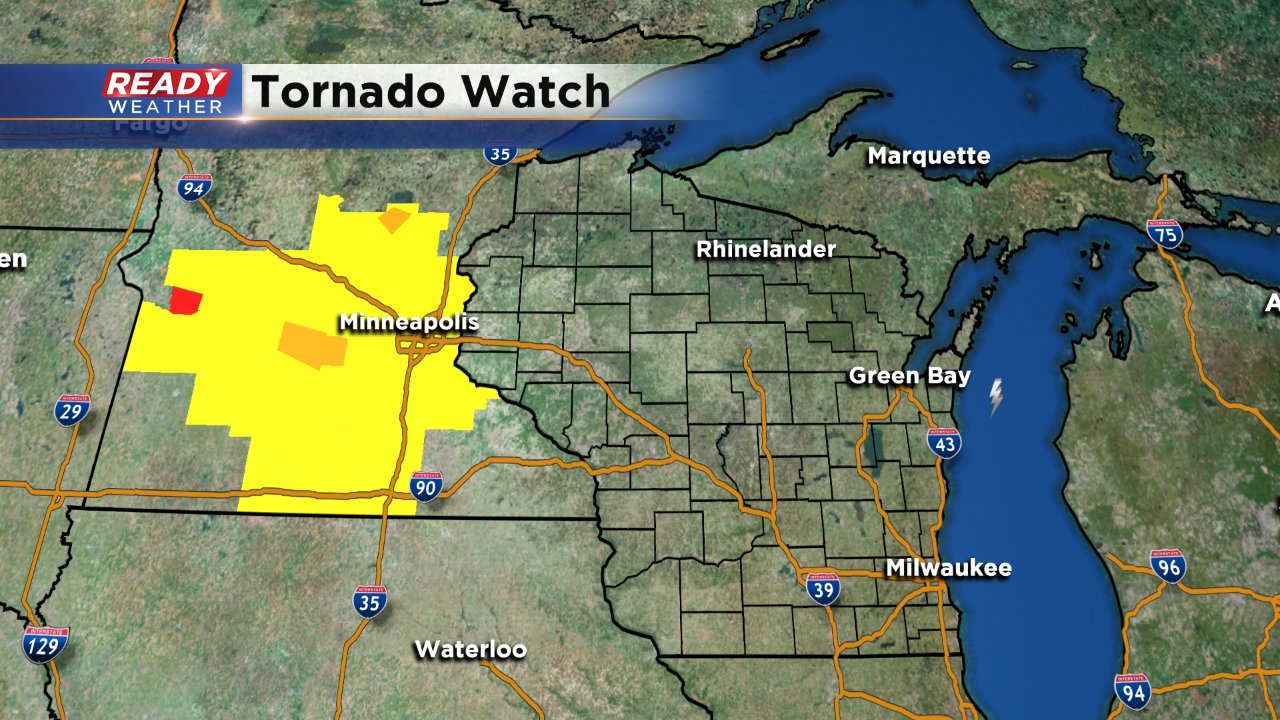 A cluster of storms is still expected to move through Wisconsin Sunday night into early Monday morning. Although an isolated shower or storm can't be ruled out Sunday evening, the bulk of the storms won't arrive until midnight meaning the last day of Summerfest should be good!

This will be a quick moving cluster of storms that starts in central Minnesota Sunday evening and then dives southeast overnight. The timing for storms in southeast Wisconsin is from midnight to 6:00 AM Monday morning. The bulk of the weather models have western Wisconsin seeing the strongest part of the cluster but some isolated strong to severe storms are definitely possible here. As of the Sunday afternoon update from the Storm Prediction Center, almost all of our viewing area is in the "slight" risk for severe weather which is an upgrade from Saturday. An "enhanced" risk has been issued for western Wisconsin where severe storms are more likely. 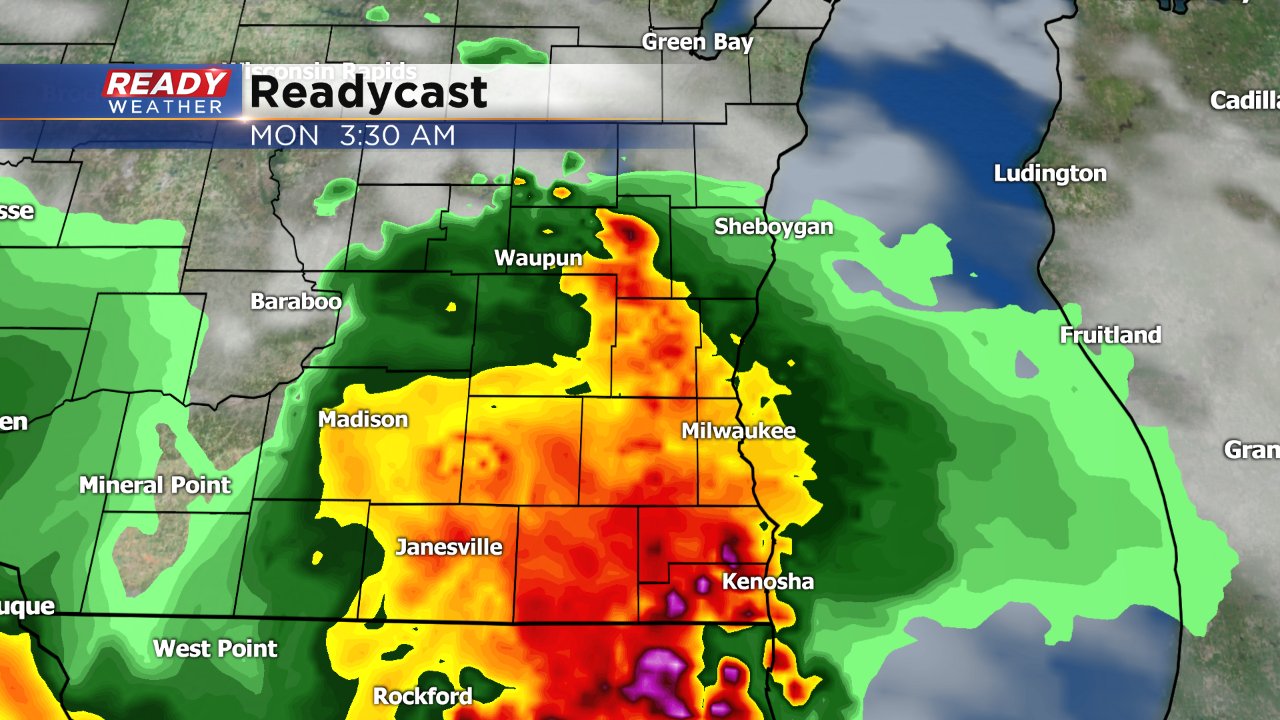 The biggest threat with severe storms locally will be damaging wind on the front edge of the storms, but large hail may also be possible. Although heavy rain will likely fall, the storms are moving fast enough that flooding is not expected to be an issue. A half inch to full inch of rain should be expected. Tornadoes are not expected. 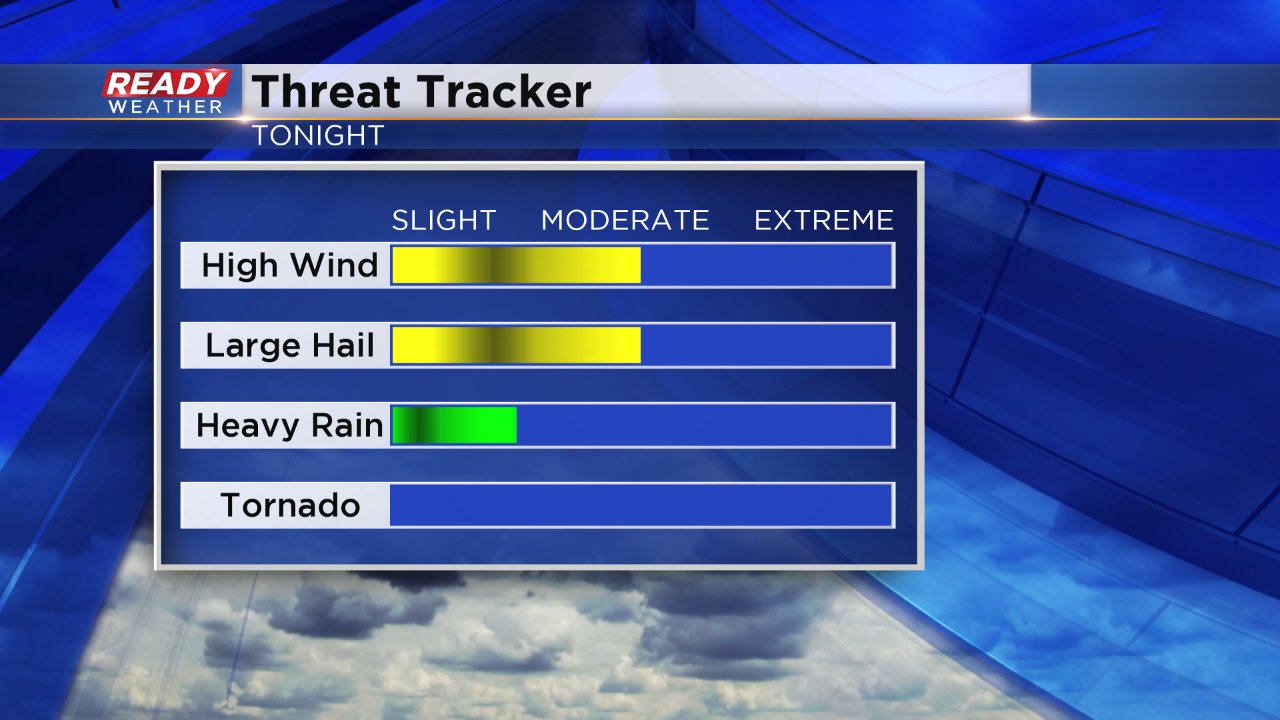 After storms leave Monday morning a few more isolated cells may be possible throughout the day with a good amount of humidity as dew points try to reach 70°. There's a slight chance for storms Tuesday before more storms are likely on Wednesday. Once again, strong to severe storms are possible as a very humid air mass arrives with dew points passing 70° for most of the area.

Download the CBS 58 Ready Weather App to track the storms as they get close to the area. It will also give you severe weather warnings if they do occur which is great with an event like this when most of us will be sleeping.