Several communities suffered significant damage after Monday afternoon's storms. Giant trees were uprooted in several yards. Downed power lines closed roads and shut down power. For a time, an entire neighborhood was cut off when a tree fell across the entrance street.

The storm left a path of destruction and damage in its wake.

A viewer in Milwaukee shared video of the flooding at 76th and Oklahoma.

And in Walker Square Park CBS 58's Victor Jacobo filmed a tree that fell onto a car.

Here’s another look of the tree on top of the car. Stay safe everyone. pic.twitter.com/SDthr6vQJQ

But some of the most serious issues happened to the west.

He said the water was "Probably knee-deep. Foot and a half, two feet."

The significant flooding trapped his car. Katula said, "I didn't think it was that deep. I had gone through another one made it through just fine. Figured this one can't be much different. It was a lot deeper than I thought."

And another car was disabled across town.

Tanya Christensen's company, Committed Tree Care, was called several times Monday. At their first stop they found a damaged roof. She said, "So far there's skylights that are broken, there's definitely gutter damage, shingles that are ripped up. After we get the tree off, we'll blow it all of and then tarp it for the night."

Joyce Schaefer's New Berlin farmhouse lost a big one. She said, "I looked outside because I'm a storm watcher, and saw the trees basically just twisting around."

The Schafers headed to the basement, but it was flooded from the torrential rain. So they rode the storm out, then surveyed the damage.

Several trees were down, but none more important than their pine. The chainsaws weren't out yet so the Schaefers couldn't count the rings on the tree, but Joyce is pretty sure it was planted when the barn was raised, some 65 years ago. She says it's a big loss.

With the power out, friends brought over a generator. Now the Schaefers are one of thousands of families rooting on the We Energies crews.

She said they're not alone. "The power line is out on the tree line on the side. We know that took out our neighborhood and the neighborhoods around."

According to We Energies, 45,000 customers lost power in the aftermath of high winds, hail and lightning strikes.

We Energies crews will be working overnight, and other Wisconsin utility crews are expected to provide significant help starting at 3 a.m.

Customers are asked to stay at least 25 feet away from downed wires and report them to We Energies or a local law enforcement agency immediately.

Reports of flooded roads and damaged property due to hail and strong winds have also come in.

Stoplights are out at HWY 100 and Janesville Ave and Forest Home Ave. in Hales Corners. Traffic is pretty backed up so find another route home. pic.twitter.com/VD5cGDHFHA 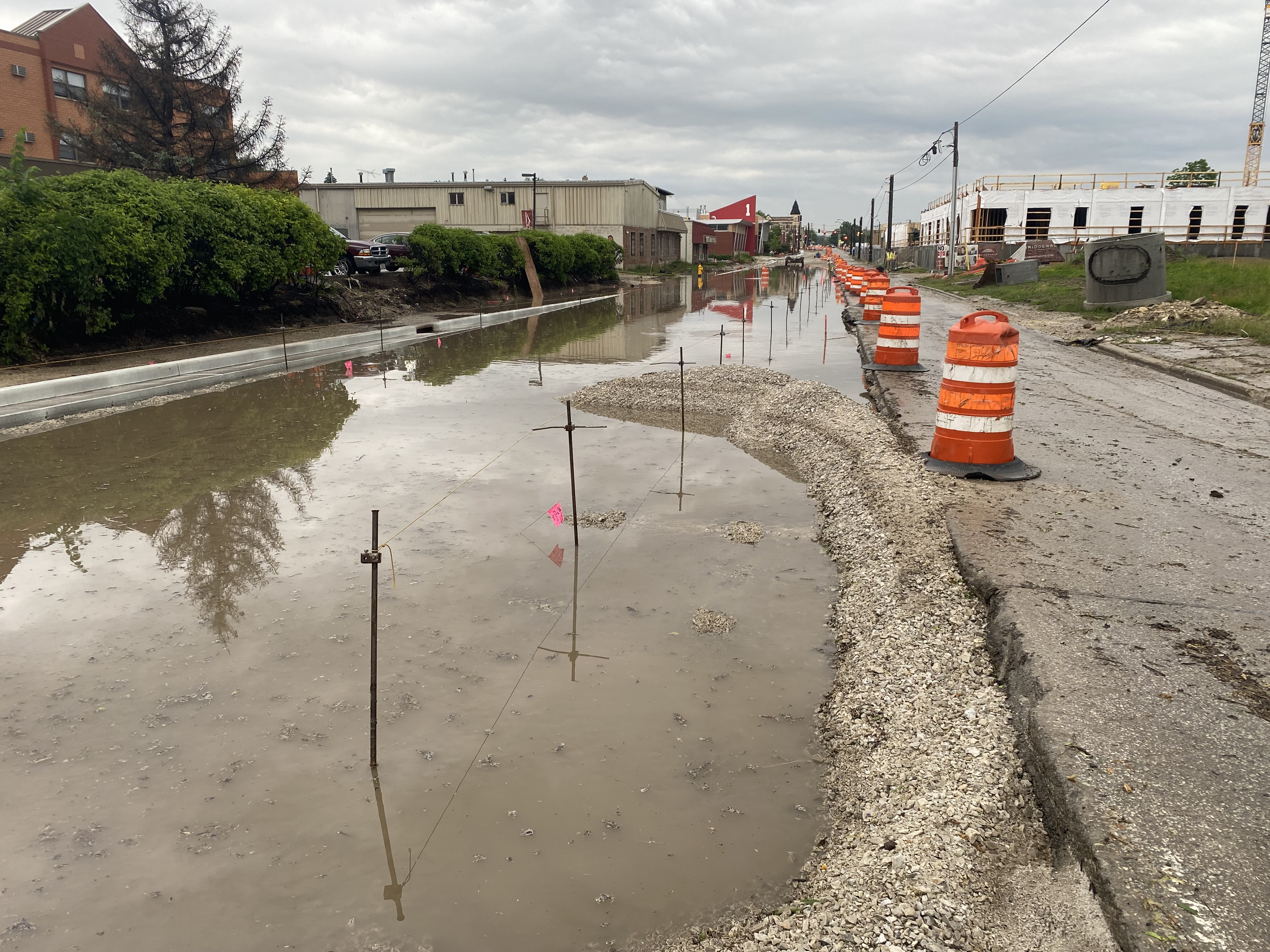 Download the CBS 58 Ready Weather app for the most current weather information.