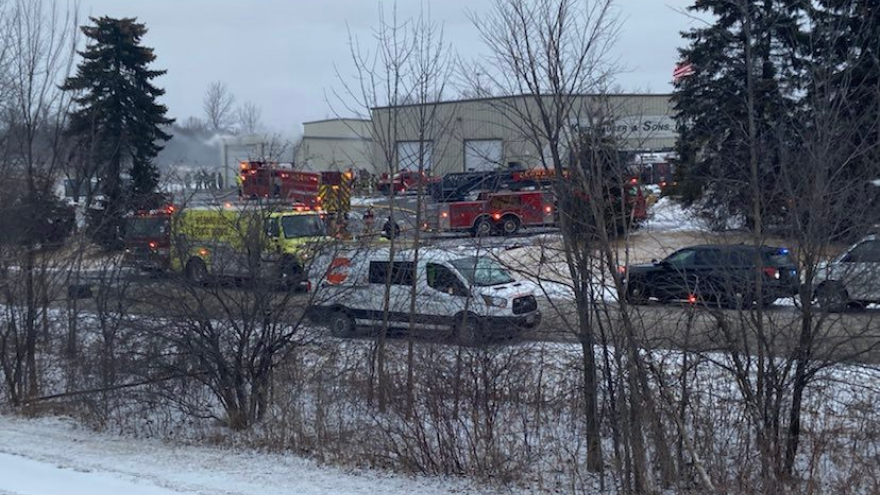 UPDATE (CBS 58) Germantown police and fire responded to the area of  Fond Du Lac Ave. and Mequon Rd. in Germantown around 6:45 a.m., Thursday morning for reports of a fire at Karthauser & Sons Wholesale Florist.

One fire fighter suffered a hand injury while fighting the fire, and no civilians were injured during the fire.

Initial investigation showed that the fire may have started due to a wiring issue with the burner.

Preliminary damage estimates for the wood burner and building are $2,000,000.

GERMANTOWN, Wis. (CBS 58) -- Several crews are on the scene of a fire at a floral company in Germantown.

CBS 58 has a crew along Fond du Lac Ave in Germantown.

As of 8 a.m., it appears the fire may be out, but we have seen smoke coming from the building.

We're working to learn what may have caused the fire and the extent of the damage.