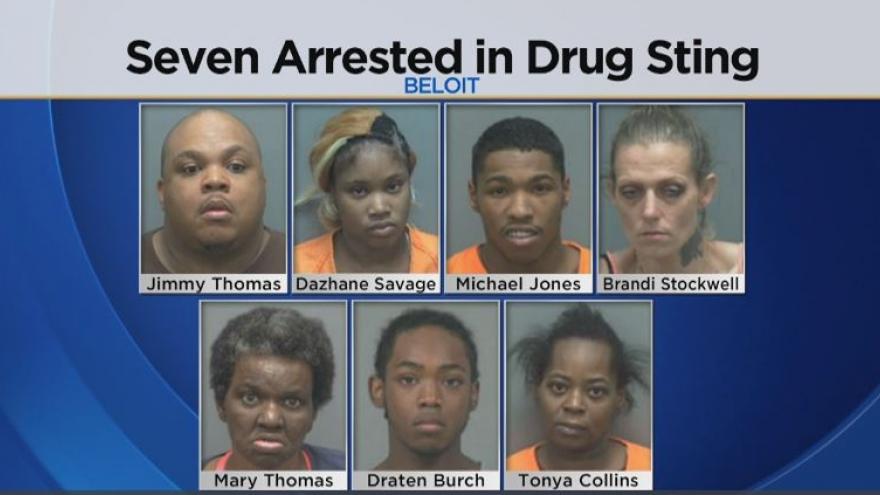 ROCK COUNTY, Wis. (CBS 58) -- A search warrant in Rock County led to the arrests of seven people on Friday, August 25.

The Rock County Sheriff’s Office SWAT team executed a search warrant in the 900 block of Elm St. in Beloit Friday as a part of an ongoing investigation by the Rock County Special Investigations Unit targeting the delivery of heroin and cocaine in the area.

At the conclusion of the search, approximately 44 grams of Crack Cocaine, 10 grams of Heroin, 3 grams of Powder Cocaine, 2 grams of THC, $800 in cash and a gun were taken. Seven people were arrested on a variety of charges ranging from intent to deliver to maintaining a drug house and bail jumping.

The group will make their first court appearance on Monday, August 28.