Senator Ron Johnson on Biden's win: 'Nothing to congratulate him about yet' 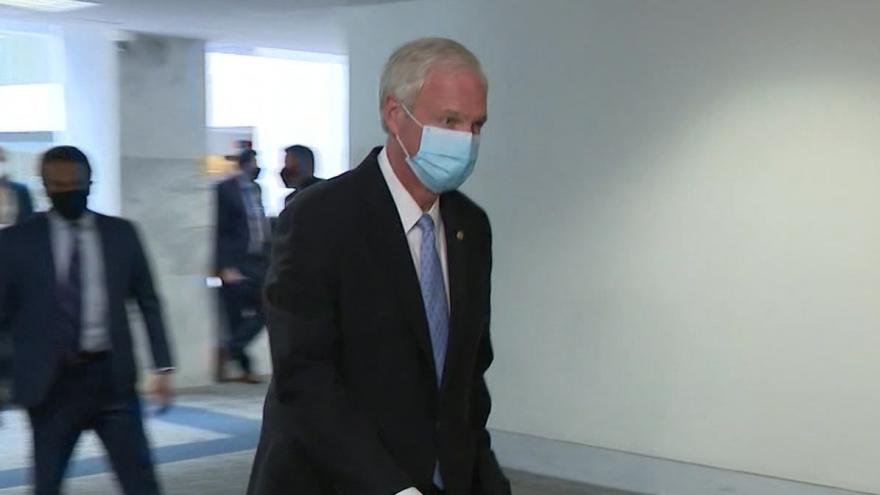 Johnson reportedly said last week half the country won't accept the outcome of the presidential election.

I asked @SenRonJohnson if he had congratulated @JoeBiden yet.
“No!”
Why not?
“Nothing to congratulate him about yet.”

Only a handful of congressional Republicans have publicly said they have congratulated President-elect Biden. Many continue to cast doubt over allegations of widespread irregularities or voter fraud in the election, however, no evidence of either allegation has been presented.

In 2016, Sen. Johnson congratulated President Donald Trump on his victory the day after the presidential election.

In 2016, @SenRonJohnson congratulated @realDonaldTrump on his victory the day after the presidential election. pic.twitter.com/ODza3IvWtU