MADISON, Wis. (CBS 58) -- The Republican leader of the Senate has unveiled his flat tax proposal to move the state's income tax rates down to 3.25%.

Senate Majority Leader Devin LeMahieu (R-Oostburg) proposal would phase in a flat tax of 3.25% by 2026.

"Having an opportunity with a historic surplus to bring true and meaningful tax relief for all Wisconsin families we felt was important," LeMahieu said.

While a flat tax is popular among Republicans, including Assembly Speaker Robin Vos, Gov. Tony Evers is against it.

Evers said in December he would likely veto a flat tax and rather implement his own plan to cut income taxes by 10% for the middle class.

"When we deliver tax relief, it should be targeted to the middle class to give working families a little breathing room—not to give big breaks to millionaires and billionaires who don't need the extra help to afford rising costs," Evers said in a tweet after LeMahieu's proposal was released.

The plan would cost nearly $5 billion over the first two years, $4.3 billion in the third year and $5 billion in the fourth year. While the state has a projected $6.9 billion surplus, experts say without reforms the plan could create fiscal challenges down the road.

"The state is in a good financial position right now and tax cuts are possible, but this proposal comes with a hefty price tag," said Jason Stein, research director for the nonpartisan Wisconsin Policy Forum. "When you think about maintaining the state's current levels of programing, it’s difficult seeing how you get there unless you are adding a new revenue source, making cuts or at least limiting spending."

LeMahieu argued his plan would make Wisconsin more competitive and suggested other states with a flat tax rate have found ways to make up the loss in revenue.

"[The cost] might look a little daunting in years three and four...but other states that have done this their sales tax revenues go up, other revenues go up because there's more money in the system and it changes people spending habits," LeMahieu said.

Wisconsin currently has a progressive income tax which is split into four brackets based on income. The lowest rate starts at 3.54% and increases to 7.65% for individuals earning $267,000 and up.

Each year the brackets would gradually decrease under LeMahieu's plan until all taxpayers pay 3.25%.

Opponents of the plan, which would mean all taxpayers in Wisconsin pay the same percentage regardless of income level, say it would benefit the wealthiest of earners and have minimal impact on the low and middle-income class. 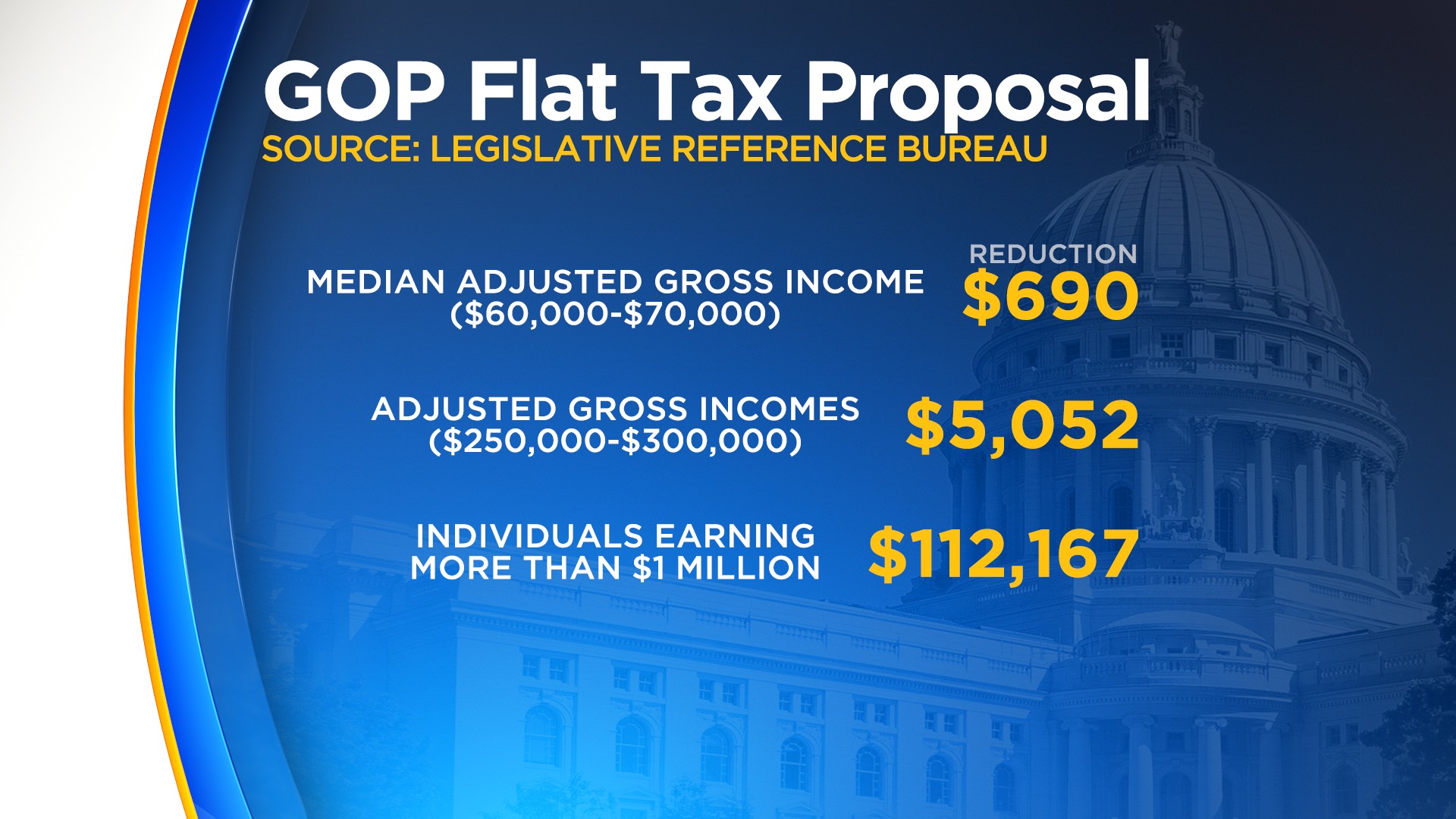