Semi loses control, flips over and hits county plow on I-94 near College Avenue 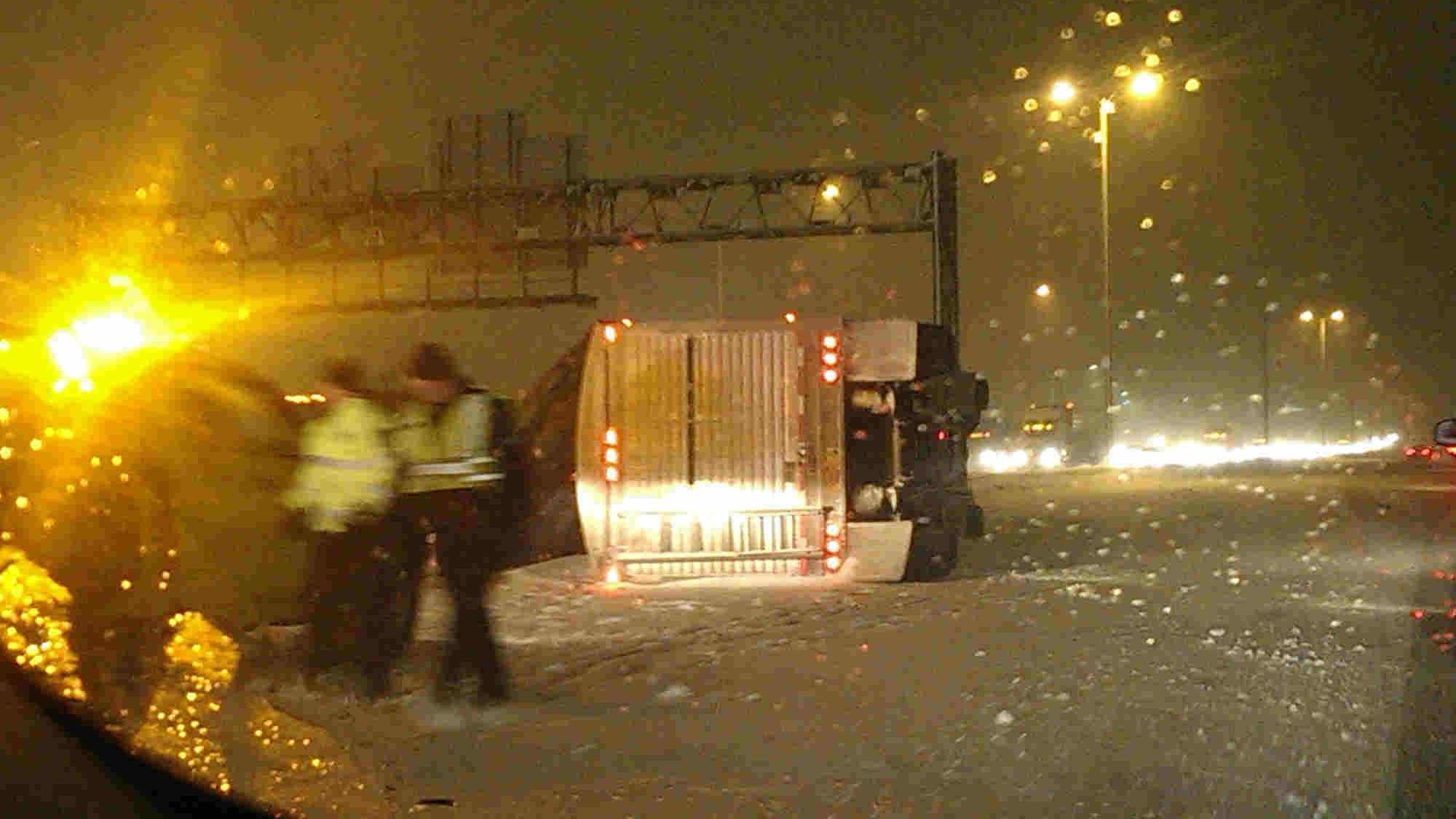 Thursday's lake effect snow led to a tricky morning commute on local streets and highways, including a crash that affected both northbound and southbound lanes of I-94 near College Avenue.

A semi truck carrying 53,000 pounds of grain lost control in the southbound lanes just before 5 a.m. The Milwaukee County Sheriff's Office says that semi flipped over and hit a county plow that was also traveling south, but that's not where the crash ended.

The semi flipped and landed in the left lane and knocked down a telephone pole in the median. That pole fell down in the northbound lanes and another semi and a pickup truck ended up being hit by or running over the pole.

Fortunately, no one was injured.

Between 3 and 8 a.m. Thursday, deputies responded to 14 crashes and nine disabled vehicles/spin-outs on Milwaukee County highways.