The last bit of Wednesday's snow cleared out a little after midnight early Thursday morning but not before dropping a little more accumulating snow. Snow totals ranged from 1-5" across most of southeast Wisconsin with the highest totals coming in north of I-94 across Dodge, Washington and Ozaukee Counties.

Milwaukee picked up exactly 3" from midnight to midnight Wednesday which breaks the old record snowfall for November 6 of 2.1" set back in 1951. This makes this the second consecutive record breaking snowstorm. 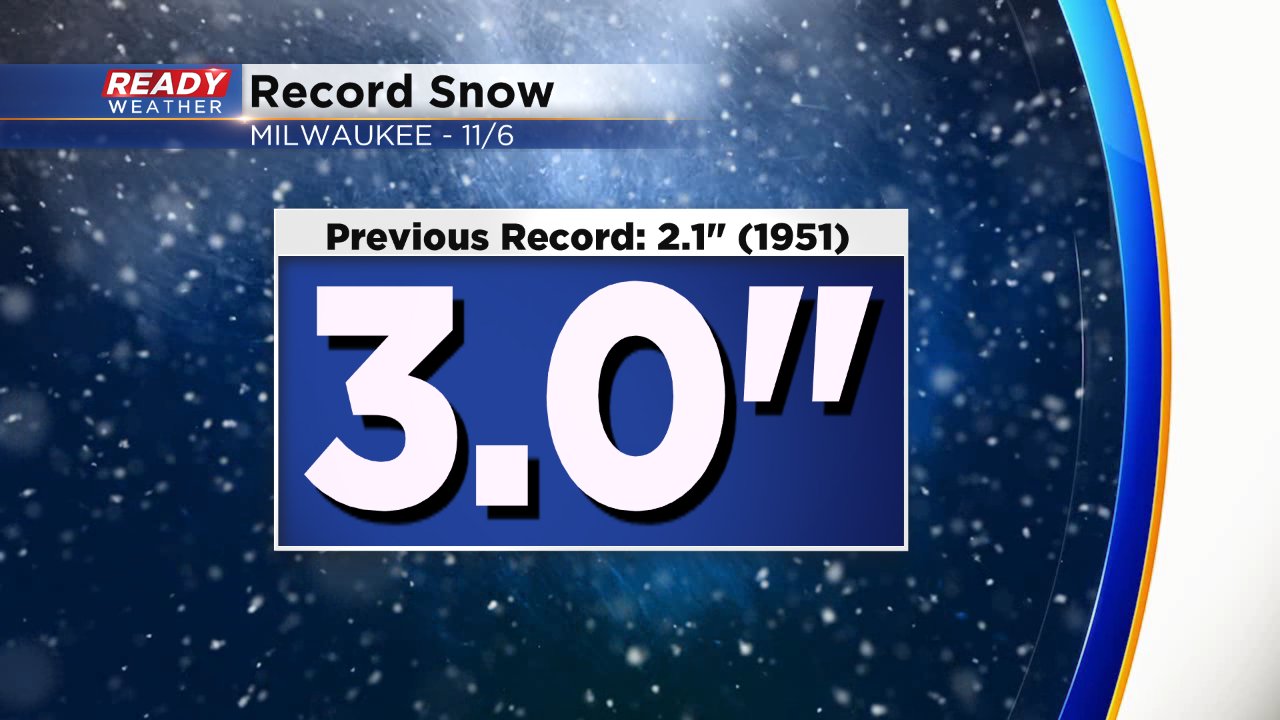 Milwaukee and most of southeast Wisconsin has already seen over 9" of snow this season. To put that in comparison, it took us until January 18 last winter to get over 9" of snow. Crazy! By this time last year we had only seen a dusting of snow in October. 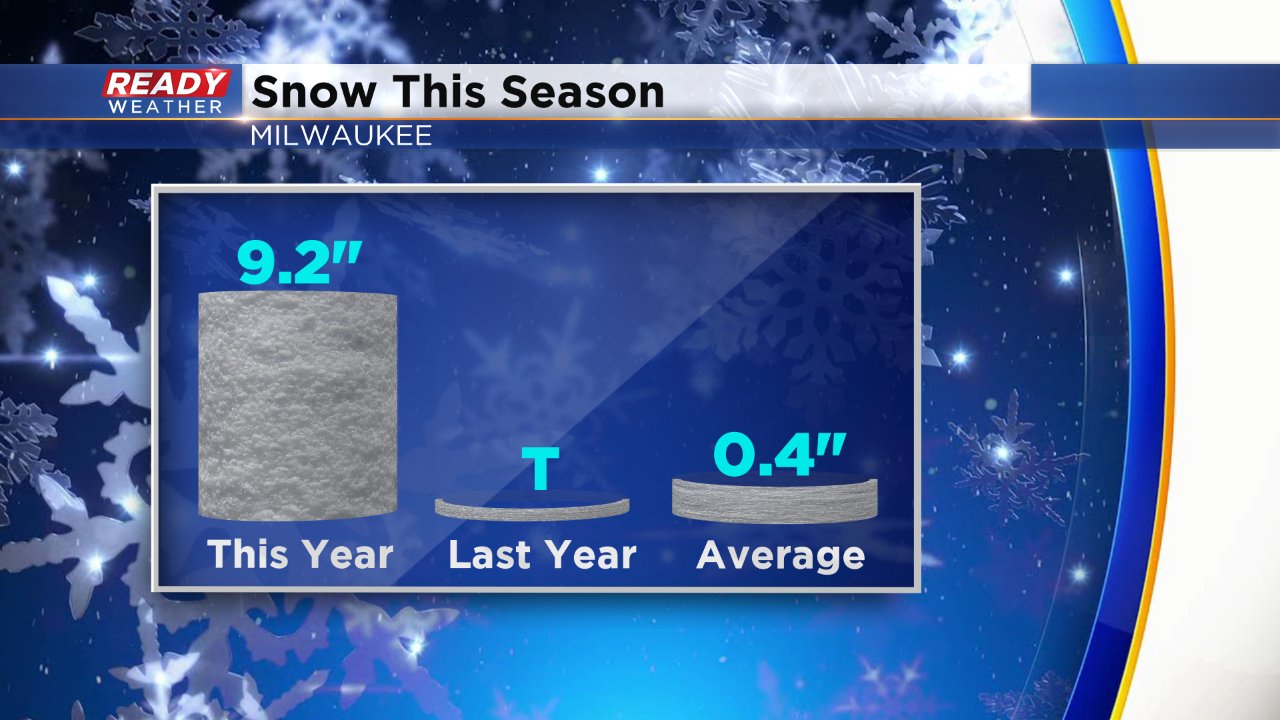 After a couple of cold days Thursday and Friday we have a slight chance for some light precipitation on Saturday. Right now there's no real threat for accumulating snow but a few flurries or sprinkles will be possible throughout the day. 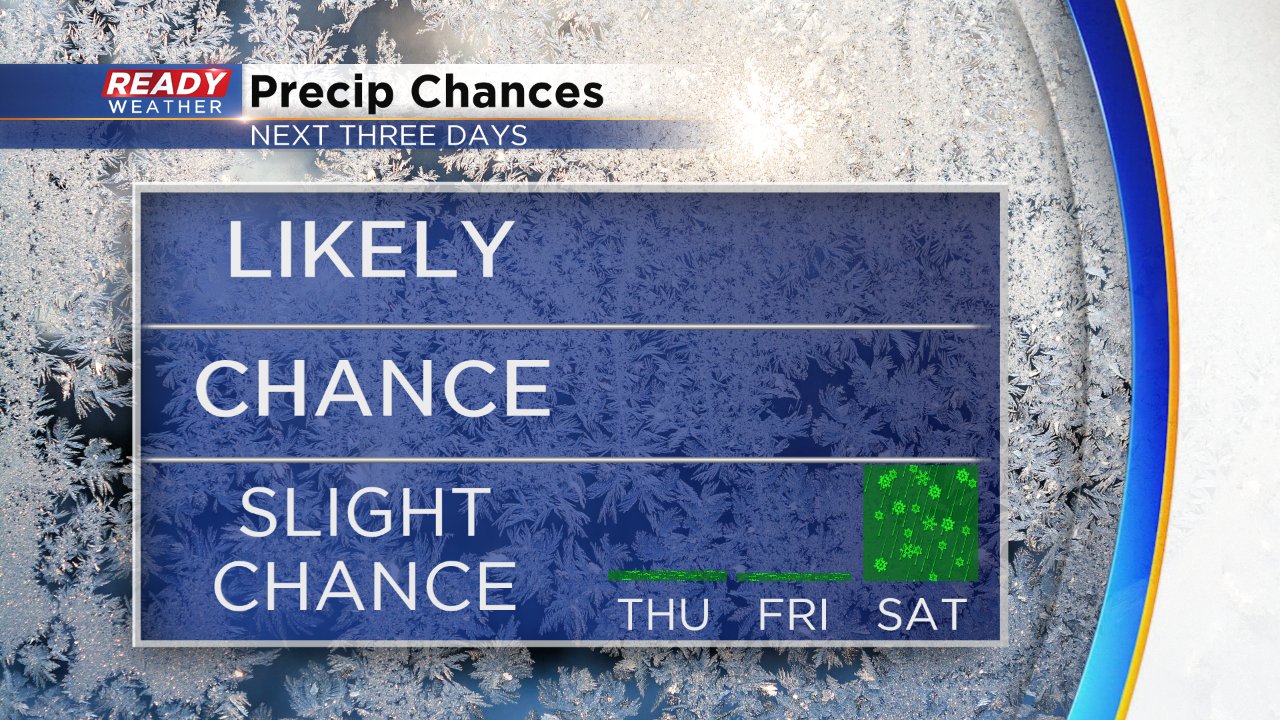 Download the CBS 58 Ready Weather app to see if there's any more snow chances in the 10-day.