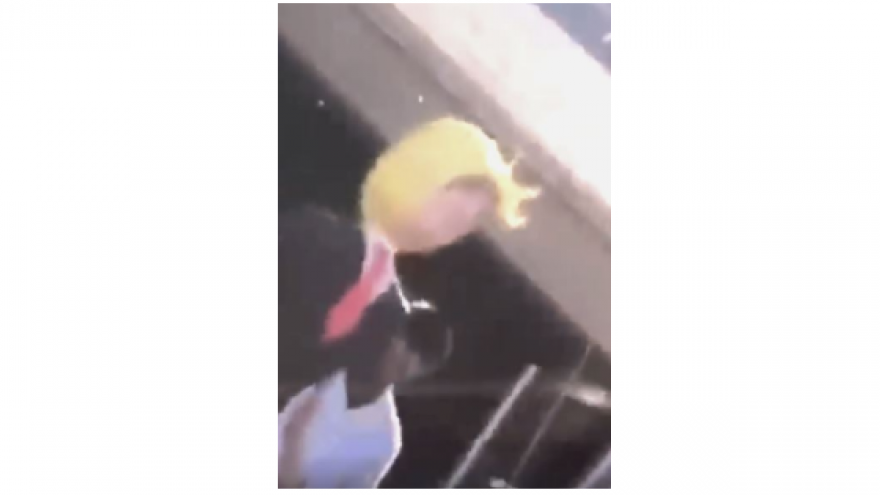 LOS ANGELES (CBSLA) — An Orange County school district is investigating a viral video of what appears to be a student and a staff member at Laguna Hills High School hitting a piñata of a man with President Donald Trump’s face.

The video — which was posted last week to multiple social media sites — was shot a couple of weeks ago and showed a golden-haired, tie-wearing Trump effigy being hit.

A Saddleback Valley United spokesperson said the district took immediate action upon learning of the incident, which did involve school personnel and is now under investigation.

The district would not say if a staff member was reprimanded or if students were involved.

“This activity was not condoned, or approved, by the district, nor Laguna Hills High School”, said district spokesperson Mark Perez. “Personnel matters are confidential, and therefore, it is our policy to not comment on situations involving employees.”

One YouTube video indicated the incident occurred during a Spanish class, but there was no immediate confirmation.