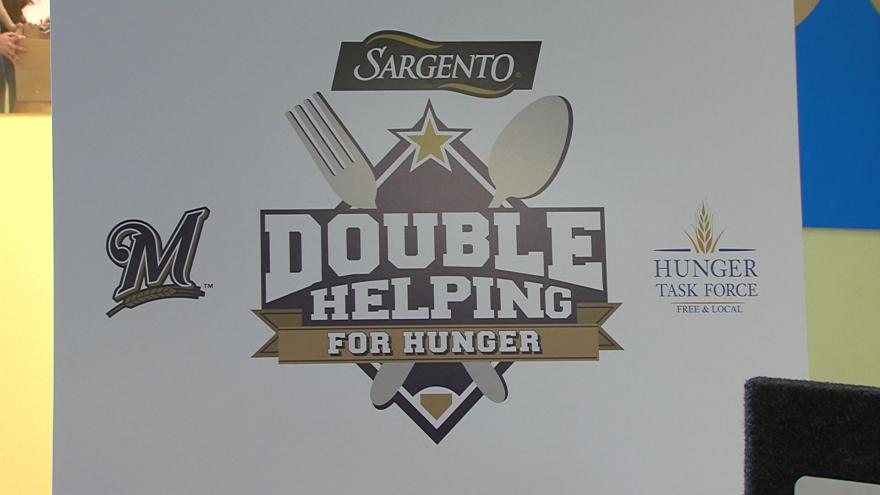 MILWAUKEE (CBS 58) -- Sargento Foods Inc. partnered with the Milwaukee Brewers to donate $55,800 to the Hunger Task Force in Milwaukee as part of the annual Double Helping for Hunger program.

Sargento donates $200 to Hunger Task Force every double the Brewers hit at home or away during the regular season. At the end of the 2019 season, the Brew Crew hit a total of 279 doubles. Previously, donations only took place for doubles that were hit during home games.

Sargento launched Double Helping for Hunger in 2018 and since has raised more than $80,000 to help alleviate hunger in Wisconsin.

The company announced on Oct. 23, the Double Helping for Hunger program will continue in the 2019-2020 season.