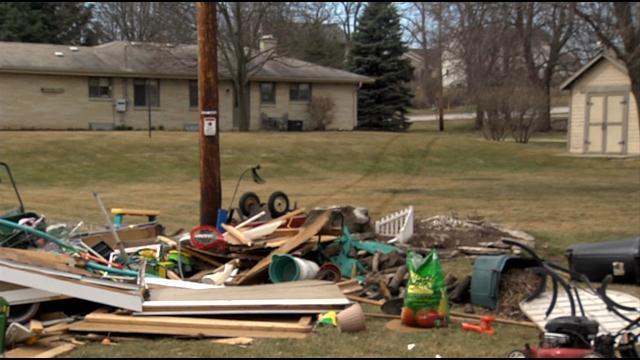 Witnesses were stunned as a car veered out of control in their Greenfield neighborhood Thursday afternoon.

\"I saw it come right through with this shed like an explosion right through the middle of it,\" said witness Wayne Liss. \"It continued on over to the home over here. It landed in the kitchen area. There it was wedged in pretty tight. I don't know if the man had a medical condition I ran over right away and I called 911.\"

Liss says it appears that the  elderly man lost control of the car as he pulled into the driveway.

At last report, a condition on the driver had not been given.