Rubio: Whether Trump's claims are true will become clear 'over the next few days' 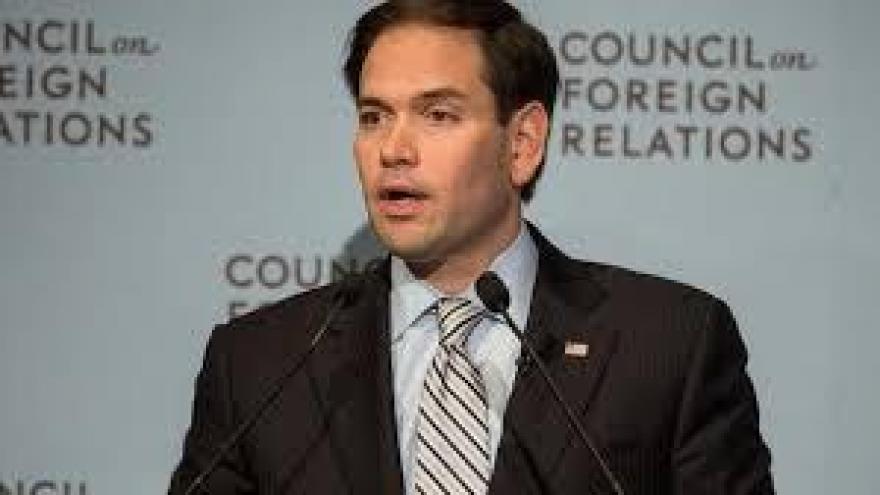 Washington (CNN)Sen. Marco Rubio said Sunday that whether or not President Donald Trump's unsubstantiated assertions that President Barack Obama wiretapped his phones at Trump Tower during the presidential election are true will become clear "very quickly."

In an interview on CNN's "State of the Union" with Jake Tapper, the Florida Republican said he doesn't know where Trump's claim comes from.

"But I imagine we're going to learn more about it here over the next few days, one way or the other," Rubio said.

"I'm not sure what it is he is talking about," Rubio added. "Perhaps the President has information that is not yet available to us or to the public. And if it's true, obviously we're going to find out very quickly. And if it isn't, then obviously he'll have to explain what he meant by it."

Asked if the FBI should clear the matter up, Rubio said that's a "difficult thing." The FBI typically doesn't even acknowledge publicly when an investigation is underway, let alone delve into the details, he noted.

"And I know it's a source of deep frustration for a lot of people, not just on this issue, but in other issues in the past," Rubio said.

"But what I think we should do is, everybody needs to take a deep breath and calm down here," he said. "And let's go through this as what we are doing. In the Senate Intelligence Committee, we are working in a bipartisan way to collect facts that involve reviewing classified and sometimes unclassified and open-source information."

"We will issue a report to the Senate that will be available to the American people, and then people can form judgments on the basis of the collection of facts," Rubio said. "That is what we are undertaking. I remain confident that the Senate Intelligence Committee is going to produce a document built on the facts that will allow people to reach judgments based on the facts. And that's what we should be doing in something like this."

Trump made the claim in a series of tweets on Saturday. The President is also asking Congress to look into whether the Obama administration abused its investigative powers during the 2016 campaign, White House press secretary Sean Spicer said in a statement Sunday morning.

"Reports concerning potentially politically motivated investigations immediately ahead of the 2016 election are very troubling," Spicer said, posting the statement on Twitter. "President Donald J. Trump is requesting that as part of their investigation into Russian activity, the congressional intelligence committees exercise their oversight authority to determine whether executive branch investigative powers were abused in 2016.

"Neither the White House nor the President will comment further until such oversight is conducted," he added.

Spicer did not provide further details on the President's request of Congress.