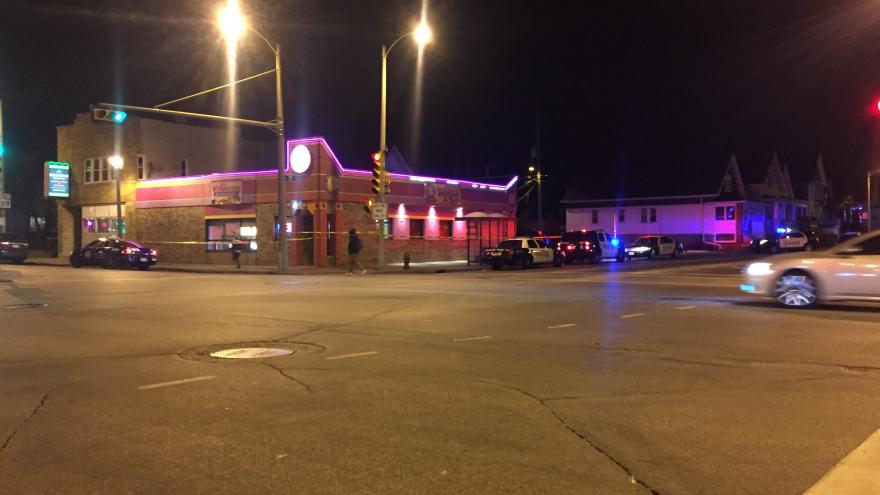 MILWAUKEE (CBS 58) -- Milwaukee Police responded to a report of a masked gunman entering a restaurant near 34th and National around 8:10 p.m. Saturday evening. A worker at the restaurant pulled out a gun and chased the robber. Both the robbery suspect and worker fired shots.

According to police, the suspect is still at large and they don't believe anyone was hit by gunfire.

Milwaukee Fire says no ambulances were called to the scene which indicates that no one was hit by gunfire.

Milwaukee police tell CBS 58 that shots were fired inside the restaurant. Someone inside of the restaurant fired shots at someone who was attempting to rob the place. It is unknown if a patron or worker fired the shots.

The suspect left in a white BMW and crashed into a pole in an alley behind the restaurant and fled on foot.

It is unknown if the suspect was hit by the gunfire.