Riders Walk Past Woman with Head Trapped Between Subway Doors 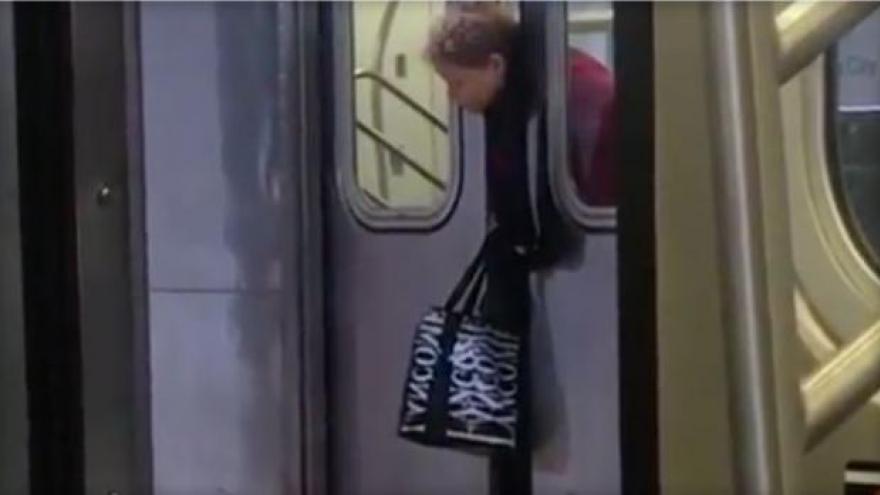 A New York City subway rider must have missed that message on Tuesday when she accidentally found herself stuck -- literally -- in an uncomfortable situation. Somehow, the woman’s head got caught between the doors of a No. 4 train as it was stopped at Woodlawn Terminal in the Bronx.

And it was all caught on camera.

A straphanger across the platform from the train shared cellphone video of the strange scene on Instagram Tuesday afternoon, and it instantly went viral, garnering more than 1.4 million views in less than 24 hours.

“If you thought you were having a bad day just be glad this isn’t you,” read the caption of the video. “But I’m just trying to figure out why everybody walking past like nothing is happening.”

Viewers agreed that was a good question.

“I’m trying to figure out why she’s being recorded by the person who sees this and doesn’t help her or alert an MTA worker,” an Instagram user fired back.

“This woman clearly needs help and everyone want to walk past and people laughing,” another commented. “Not funny one bit to me...”

At least five people, including an MTA transit employee, strolled past the woman as she stood trapped with her head and bag outside of the subway car, which was stalled at the station. Not one person seen on the video attempted to pry open the doors to free the woman.

But an MTA spokesman told CBS New York that the employee who was seen on the video passing the woman without stopping had previously told her they were working to get the doors back open, and that the train would remain at the station.

“This worker was aware of the issue and went to the conductor’s cab to free the woman,” the MTA said.

It’s unclear how long the woman, who has yet to be identified, had to wait. However, the MTA says they took the situation very seriously and eventually freed her. When the doors finally opened, the woman refused medical attention and walked away.