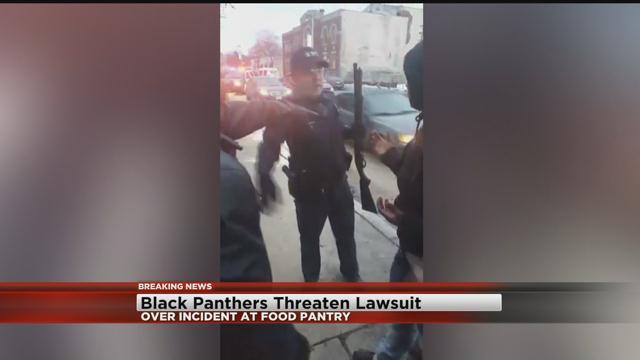 The city of Milwaukee was threatened today with a lawsuit seeking damages running into nine figures.

The threat comes from the Revolutionary Black Panther Party.

The party said it is suing over what happened Wednesday afternoon at 27th and Fond du Lac.

The group said they were handing out food to the community and Milwaukee Police showed up and arrested a man taking his gun.

Police said he was handing it unsafely and found to have an open arrest warrant.

The Black Panthers claim an MPD officer elbowed a 10-year-old girl in the face.

They told us they are planning on filing charges against that officer.

The Revolutionary Black Panther Party plans on suing not only the police department, but also Chief Ed Flynn, the officers involved on Wednesday and the city of Milwaukee.

The suit will allege that their civil and constitutional rights were violated.

We have reached out to Milwaukee Police and Chief Flynn for a response but have not heard back.

The Black Panthers said they are currently pursuing this litigation.

They have not said when they'll actually file the paperwork.