MADISON, Wis. (CBS 58) – Republican leaders in the Legislature called for an override of one of the governor’s budget vetoes after the head of the Department of Transportation said some transportation funds could go to Milwaukee’s streetcar.

Transportation Secretary Craig Thompson discussed the $75 million grant program through which communities across the state could put together a proposal and apply for funds for transportation projects. Republicans originally proposed $90 million but Governor Tony Evers used his veto powers earlier this month to bring that number down and funnel the rest towards other areas of the budget.

In a news conference Thursday, Thompson said it’s possible for some funds to go toward the Milwaukee streetcar, known as The Hop.

“If the City of Milwaukee put together a proposal and for the pot of money that goes to the cities and villages, and it scored well on the economic criteria, it could be awarded,” Thompson said.

That drew criticism from Republican leaders.

In a tweet, Senate Majority Leader Scott Fitzgerald (R-Juneau) called The Hop a “trolley to nowhere” and encouraged rural democrats to join him in pushing for a veto override. 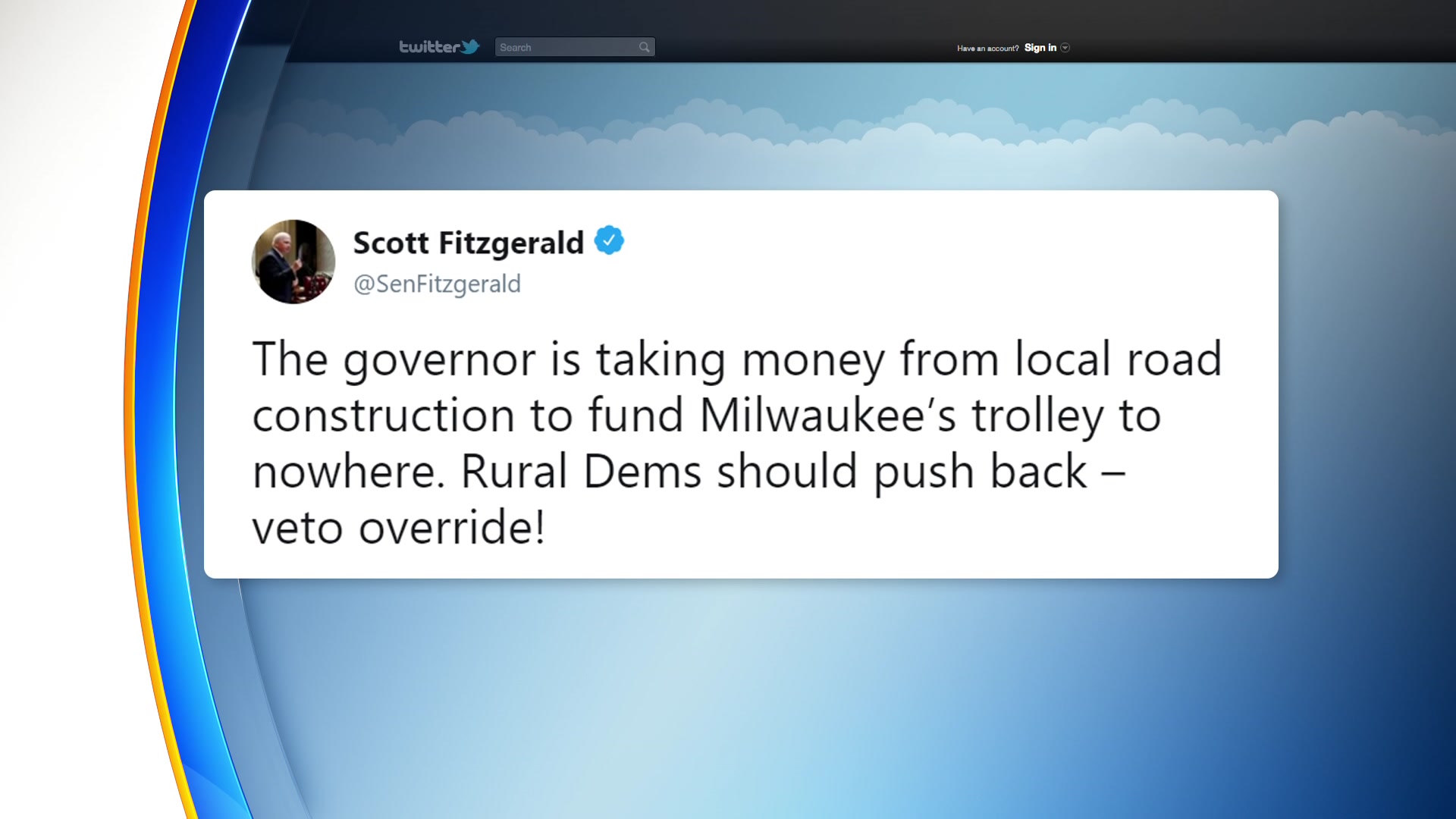 “We need the dollars to fix roads and bridges not fund the streetcar fantasies of liberals like Mayor [Tom] Barrett,” wrote Vos. “We’re seriously considering a veto override.”

Sen. Van Wanggaard (R-Racine) is also on board.

“This is a pretty simple issue,” he told CBS 58 in an interview at the State Capitol. “We fix the roads. We don’t invest millions of dollars into a pet project of the Milwaukee mayor that isn’t funded by their own dollars. I think that those dollars need to go to all of the state and they need to be spread out in those local communities.”

In order to override the governor’s veto, Republicans would need two-thirds of lawmakers in both the Assembly and Senate to vote for it. Republicans alone do not have the votes to do so and would need Democrats to join for an override to be successful.

Secretary Thompson addressed concerns about money going to projects like the streetcar noting that funds would not be disproportionately allocated to large urban areas.

“Some really want to spin a narrative that this money is all going to go to Madison and Milwaukee,” Thompson said Thursday. “We will have regional distribution assurances that every area of this state receives money.”

A spokesperson for Mayor Barrett’s office did not say whether the city will apply for grant funds for the streetcar but said the city’s plan is to, “seek our fair share to repair local roads.”