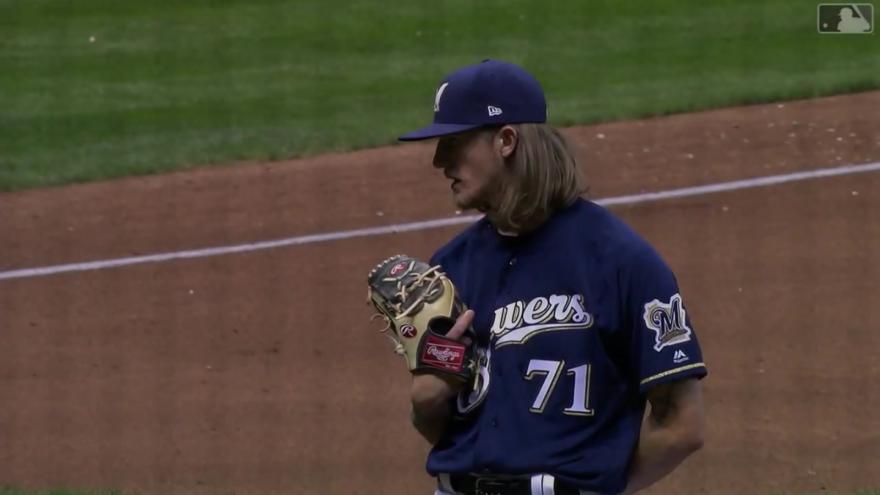 The #Brewers have acquired:

Rogers and Lamet will join the Major League team. Gasser will be assigned to Double-A Biloxi. Ruiz will join Triple-A Nashville.

"The players we are receiving in this trade help ensure that the future of the Milwaukee Brewers remains bright while not compromising our desire and expectation to win today," said Stearns. "This mix of present Major League talent and high-level prospects furthers our aim to get as many bites of the apple as possible and, ultimately, to bring a World Series to Milwaukee. Trading good players on good teams is difficult, and that certainly is the case with Josh. We also recognize that to give our organization the best chance for sustained competitiveness, to avoid the extended down periods that so many organizations experience, we must make decisions that are not easy."

According to a news release, Rogers, 31, went 1-5 with a 4.35 ERA and 28 saves in 42 relief appearances with San Diego this season. His 28 saves ranks second in the Major Leagues. He has 48 strikeouts in 41.1 innings pitched while holding opponents to a .239 batting average.

Gasser, 23, was selected by San Diego in the second round of the 2021 First-Year Player Draft out of the University of Houston. He is currently the seventh-best prospect in the Padres organization according to MLB Pipeline and ninth according to Baseball America. Gasser was 4-9 with a 4.18 ERA in 18 starts at Class-A Fort Wayne this season with 115 strikeouts in just 90.1 innings pitched.

Originally signed by Kansas City as a non-drafted free agent from the Dominican Republic on July 3, 2015, Ruiz was traded to San Diego as part of a six-player deal on July 24, 2017. His first name is pronounced "ess-TAY-oo-ree."

Lamet produced his best season in 2020, earning All-MLB Second Team honors, as he went 3-1 with a 2.09 ERA in 12 starts, striking out 93 batters in just 69.0 innings pitched while opponents batted .161. He has made 13 appearances this season, all coming in relief.